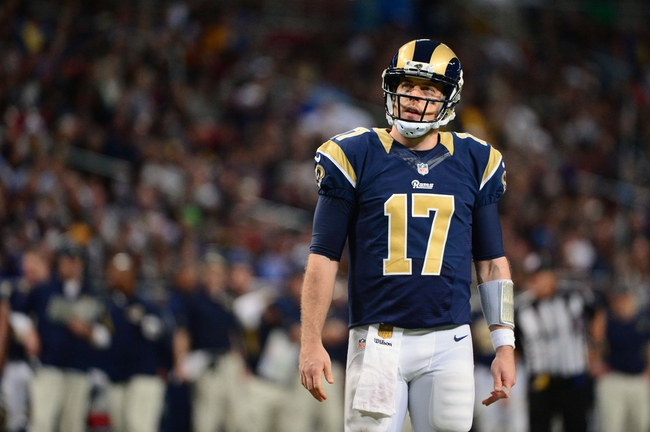 The Tampa Bay Buccaneers look to remain in the playoff hunt and get back to a .500 record. Jameis Winston is completing 58.4 percent of his passes for 3,059 yards, 18 touchdowns and 11 interceptions. Winston has three touchdown passes in his last three games. Mike Evans and Vincent Jackson have combined for 1,432 receiving yards and six touchdowns while Charles Sims has 36 receptions. The Tampa Bay Buccaneers ground game is averaging 141.2 yards per contest, and Doug Martin leads the way with 1,214 yards and five touchdowns. Defensively, Tampa Bay is allowing 24.8 points and 341.1 yards per game. Lavonte David leads the Buccaneers with 118 tackles, Gerald McCoy has seven sacks and Kwon Alexander has nine pass deflections. Vincent Jackson, Jacquies Smith and George Johnson are questionable.

The St. Louis Rams hope to win back-to-back games for just the second time this season. Case Keenum is completing 54.2 percent of his passes for 260 yards, one touchdown and one interception. Keenum has 122 pass attempts since the 2014 season. Kenny Britt and Jared Cook have combined for 892 receiving yards and one touchdown while Tavon Austin has 41 receptions. The St. Louis Rams ground game is averaging 124.8 yards per contest, and Todd Gurley leads the way with 975 yards and eight touchdowns. Defensively, St. Louis is allowing 20.8 points and 354.3 yards per game. Mark Barron leads the Rams with 97 tackles, Aaron Donald has 11 sacks and Trumaine Johnson has 13 pass deflections. Janoris Jenkins and Andrew Donnal are questionable.

In a toss-up game where both teams have had short rest, you have to give the big edge to the home team. Not to mention Gurley has been running lately like he still has a Georgia uniform on and should be able to control this game against a Tampa Bay defense that's allowed 24 or more points in six of its last 10 games.

Not sure anybody can love this game, but the Rams should be able to get the job done at home.

The pick in this article is the opinion of the writer, not a Sports Chat Place site consensus.
Previous Pick
Top Five NFL Week 15 Games
Next Pick
Tampa Bay Buccaneers at St. Louis Rams 12/17/15 NFL Score, Recap, News and Notes