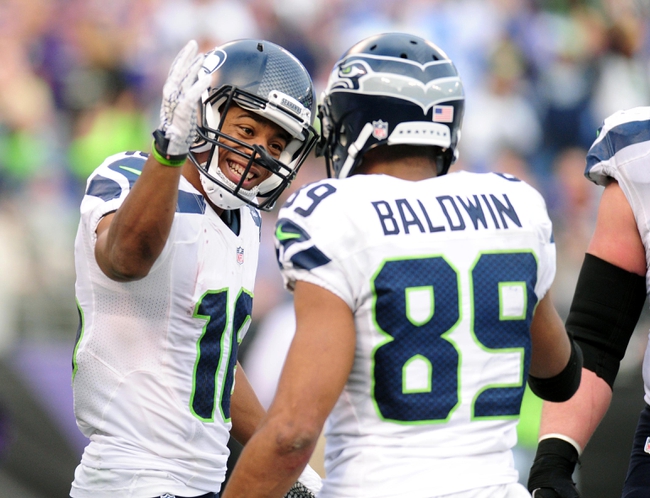 The NFL regular season is winding down and there are a slew of story lines to follow including the injury bug deafening playoff hopes, the Panthers' pursuit of perfection, and you – who is somehow still alive in Survivor season. Here are this week's Top Plays, Pool Breakers, and Pool Makers.

All is right in the world now that the Seahawks are back on this list and with the way they are playing right now there is very little argument they deserve to be here. The Hawks will be without rookie sensation Thomas Rawls which means we could see a ton of work for Fred Jackson and while some may see that as a downgrade Jackson is a proven back that has a nose for the end zone. Seattle's offense is soaring high right now and Russell Wilson is playing the best football of his career. On the other side, the Browns are dreadful and in the hunt for a top draft pick, and are without Joe Haden. This is a nightmare match up for the visitors and one of our strongest plays all season.

Another mainstay on our list returns this week as the New England Patriots should lay it down against the Titans in Foxborough. Tennessee was awful last weekend and we can expect more of the same this weekend and while the Pats didn't have their greatest outing last week, especially in the second half they still got it done in convincing fashion and should do so again here. Injuries continue to pile up for the Pats but with Julian Edelman's return on the horizon and Rob Gronkowski back in the lineup it doesn't matter who is running the football. New England cruises again here as they have top seed in the AFC to worry about.

This is a play of circumstance on both sides and the Jets should exploit a very weak Cowboys team here. Dallas hasn't been able to get anything going under Matt Cassel and that should continue here against a solid New York pass defense and a front four that should eat Cassel alive despite a solid offensive line from the Cowboys. New York needs this win in a big way against Dallas as they have a wild card spot on the brain and with the way Ryan Fitzpatrick, Brandon Marshall, and Eric Decker have been playing of late I don't see how the Jets come away without a victory here.

Both of these teams are competing for a playoff spot and while things are a little clearer for the Redskins as they are mired in the pitiful NFC East the Bills still have an outside shot as well. Buffalo has had a number of tough losses this season while the Skins are playing much better this season under a much improved Kirk cousins and being at home they should bring their A-game. The Bills defense can make the difference in this one but I still think it comes down to the wire and even if you have exhausted all alternatives to date I wouldn't recommend going near this one when it comes to your survivor life.

The highlight of our article from a week ago was suggesting to stay away from the Denver Broncos as they were primed for an upset and that is exactly what happened as the Raiders escaped with a 15-12 victory at Mile High. The Silver and Black return this week as the Raiders are back home and facing off against another playoff contender in Green Bay and this Oakland team is thriving in the spoiler role. The Raiders still have a very slim shot at getting at but at the very least they are concerned with finishing the season strong and looking towards building good habits heading into the offseason. Green Bay is in the race for the nFC North title and need a win but they have been a step off all season and I like the Raiders to keep this one close at the very least.

This should be one of the more exciting games on the bill this weekend but unlike many I think this is a big time spot for the Steelers to make a statement. Pittsburgh's offense has been special to watch in recent weeks and while they are up against the Broncos in this one they are at home and should be able to move the ball at will. The Broncos are coming off a home loss to the Raiders which is never a confidence boosting result and while they are still playing for the division it is tough to trust this offense right now as Brock Osweiler doesn't seem to have any chemistry right now with his receivers as we saw in a number of red zone trips last week. I think the Steelers crush the Broncos here and it makes them a really solid play as a pool maker.

The pick in this article is the opinion of the writer, not a Sports Chat Place site consensus.
Previous Pick
Top Ten Worst 2015 NFL Week 14 Injuries
Next Pick
Rams vs. Buccaneers - 12/17/15 NFL Pick, Odds, and Prediction