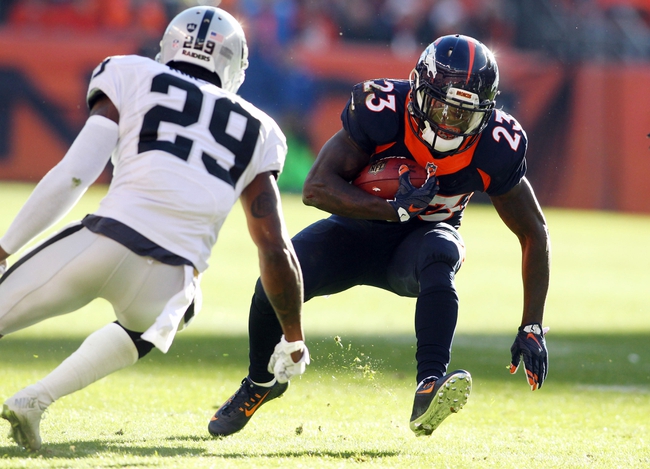 NFL Updates: News From Around the League, Week 15 Schedule and More

Week 15 in the NFL is officially underway, and we’ve got another game to look forward to tomorrow night before all the Sunday action. While we’re waiting, let’s check out some of the notable players in the news right now.

Bucs-Rams Wrap-Up: In what very well could have been their final home game in St. Louis, the Rams were able to take care of Tampa Bay 31-23 last night on “Thursday Night Football.”
Case Keenum had a pair of first-quarter passing scores, while Tavon Auston scored on the ground and through the air. Todd Gurley also added a rushing TD.
Jameis Winston coughed up a pair of turnovers on the other side, while Mike Evans secured nine catches for 157 yards to lead all receivers.

Davante Adams was added to the Packers’ injury report yesterday, putting in a limited practice session due to a foot injury.
Adams didn’t play as big a role last week as he has in previous weeks, so we’ll see what the team does with him against the Raiders.

Ronnie Hillman has been practicing in full this week, which is good news in the case of his foot injury.
Hillman should be fine for a big matchup against the Steelers this weekend, but he may see fewer reps in favor of C.J. Anderson coming back.

Now let’s check out a few notable Patriots injury notes. Scott Chandler was limited in practice yesterday, and should be able to get back on the field against the Titans. He won’t see a heck of a lot of work with Rob Gronkowski healthy, though.
Danny Amendola was also limited yesterday, but he should be just fine for this weekend. He’ll get more work if Julian Edelman (who was limited yesterday as well) can’t go.

Jordan Matthews of the Eagles was able to practice in full yesterday. He’s been getting over a back issue.
Matthews has a rough matchup ahead of him versus Cardinals CB Tyrann Mathieu.

NFL Week 15 Schedule: Let’s take a look at the upcoming round of games on the NFL schedule, along with the start times and TV networks you can catch them on.

The pick in this article is the opinion of the writer, not a Sports Chat Place site consensus.
Previous Pick
Rams vs. Buccaneers - 12/17/15 NFL Pick, Odds, and Prediction
Next Pick
NFL News: Player News and Updates for 12/19/15