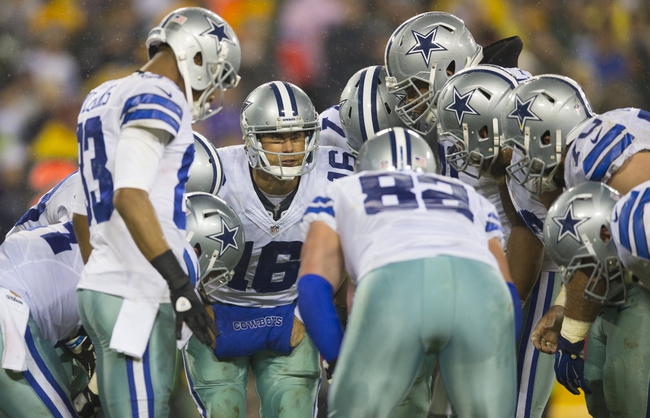 The New York Jets hope to remain in the AFC playoff race with their fourth straight victory. Ryan Fitzpatrick is completing 60 percent of his passes for 3,129 yards, 25 touchdowns and 11 interceptions. Fitzpatrick has nine touchdown passes in his last three games. Brandon Marshall and Eric Decker have combined for 2,062 receiving yards and 20 touchdowns while Bilal Powell has 35 receptions. The New York Jets ground game is averaging 117.7 yards per contest, and Chris Ivory leads the way with 914 yards and seven touchdowns. Defensively, New York is allowing 19.7 points and 323.8 yards per game. David Harris leads the Jets with 86 tackles, Muhammad Wilkerson has 12 sacks and Antonio Cromartie has 12 pass deflections. Dion Bailey and Marcus Williams are questionable.

The Dallas Cowboys hope to keep their slim NFC East hopes alive with a victory here. Matt Cassel is completing 59.2 percent of his passes for 1,239 yards, five touchdowns and six interceptions. Cassel has one touchdown pass in his last four games. Jason Witten and Terrance Williams have combined for 1,186 receiving yards and five touchdowns while Cole Beasley has 42 receptions. The Dallas Cowboys ground game is averaging 118.2 yards per contest, and Darren McFadden leads the way with 798 yards and three touchdowns. Defensively, Dallas is allowing 23.5 points and 334.8 yards per game. Sean Lee leads the Cowboys with 105 tackles, DeMarcus Lawrence has six sacks and Byron Jones has eight pass deflections. Rolando McClain is questionable with a concussion.

Ftizpatrick has found a connection with Marshall and Decker the past few weeks that is really difficult to stop. The Jets also have one of the better defenses in the league that should manage Cassel and company, an offense that has done nothing all season long. Sure, Dallas is at home on short rest, but we've seen nothing from the Cowboys offense that can convince me they can win this game.

The Jets should win this game and it really shouldn't even be that close.

The pick in this article is the opinion of the writer, not a Sports Chat Place site consensus.
Previous Pick
NFL News: Player News and Updates for 12/19/15
Next Pick
Houston Texans at Indianapolis Colts 12/20/15 NFL Score, Recap, News and Notes