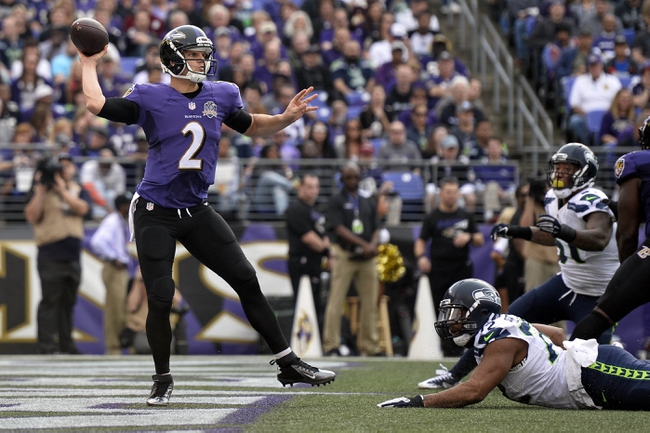 The Kansas City Chiefs and the Baltimore Ravens face off on Sunday in Week 15 NFL football.

The Kansas City Chiefs are 8-5 this season and that has them currently in the playoffs as a wildcard team if the season ended today. The Chiefs offense is averaging 25.5 points and 340.4 yards per game and they are plus 12 in turnover ratio. KC QB Alex Smith completes 64.4 percent of his passes with 15 touchdowns and four interceptions. Charcandrick West leads the Kansas City rushing attack with 462 yards and three touchdowns and Jeremy Maclin is the leading receiver with 72 catches and five touchdowns. The Chiefs defense is allowing 18.7 points and 333.1 yards per game with 18 interceptions, 39 sacks, and 10 fumble recoveries. Derrick Johnson is KC’s leading tackler with 88, Ron Parker has 61 tackles, and Marcus Peters has 55 tackles and five interceptions. The Chiefs play it fairly close to the vest on offense and play solid defense.

The Baltimore Ravens are 4-9 this season and injuries have turned this into a rebuilding year. The Ravens offense is averaging 21.4 points and 358.2 yards per game and they are minus 12 in turnover ratio. Jimmy Clausen has been called into duty as the Ravens QB and he has completed 57.5 percent of his passes with an interception. Javorius Allen leads the Ravens ground attack with a 3.8 yard per carry average and Kamar Aiken has 54 catches and four touchdowns. The Ravens defense has allowed 25.1 points and 347.8 yards per game with four interceptions, 28 sacks, and six fumble recoveries. Daryl Smith has 103 tackles to lead Baltimore, C.J. Mosley has 86 tackles, and Elvis Dumervil has 6.0 sacks. The Ravens are one of the best drafting teams in the NFL and they should be in prime position in this year’s draft.

The Ravens are probably in big trouble in this one as their offense is weak and facing a Chiefs defense that gets after the passer and creates turnovers is bad news.