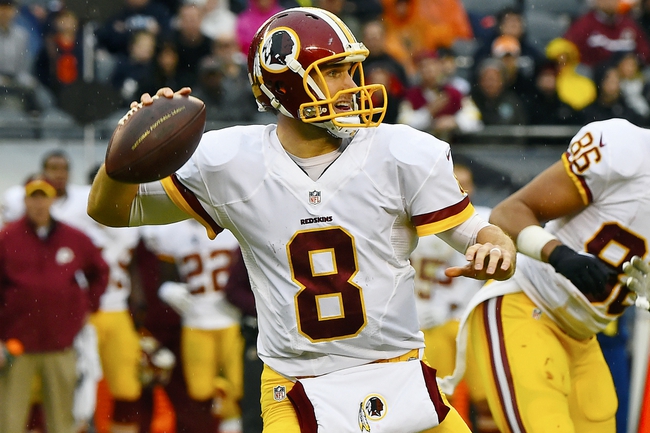 The Buffalo Bills and Washington Redskins square off Sunday afternoon at FedEx Field.

The Buffalo Bills need a victory here in order to stay in AFC playoff contention. Tyrod Taylor is completing 63.5 percent of his passes for 2,439 yards, 18 touchdowns and five interceptions. Taylor has seven passing touchdowns in his last three games. Sammy Watkins and Charles Clay have combined for 1,244 receiving yards and 10 touchdowns while Robert Woods has 43 receptions. The Buffalo Bills ground game is averaging 141.8 yards per contest, and LeSean McCoy leads the way with 866 yards and three touchdowns. Defensively, Buffalo is allowing 23.2 points and 358.8 yards per game. Corey Graham leads the Bills with 101 tackles, Jerry Hughes has four sacks and Ronald Darby has 21 pass deflections. Mario Williams, Charles Clay and Karlos Williams are questionable.

The Washington Redskins hope to stay in the thick of the lousy NFC East. Kirk Cousins is completing 69.2 percent of his passes for 3,306 yards, 18 touchdowns and 11 interceptions. Cousins has three passing touchdowns in his last three games. Jordan Reed and Pierre Garcon have combined for 1,308 receiving yards and 10 touchdowns while Jamison Crowder has 49 receptions. The Washington Redskins ground game is averaging 94.6 yards per contest, and Alfred Morris leads the way with 518 yards and one touchdown. Defensively, Washington is allowing 23.6 points and 363.7 yards per game. Dashon Goldson leads the Redskins with 96 tackles, Ryan Kerrigan has 7.5 sacks and Bashaud Breeland has 14 pass deflections. Jason Hatcher, DeSean Jackson and Andre Roberts are questionable.

This line is off to me, as the Bills aren't that good of a football team and are finding creative ways to lose. The Redskins play their best ball on their home field and are actually still playing for something. I like Washington to win this game outright against a sloppy Bills team.