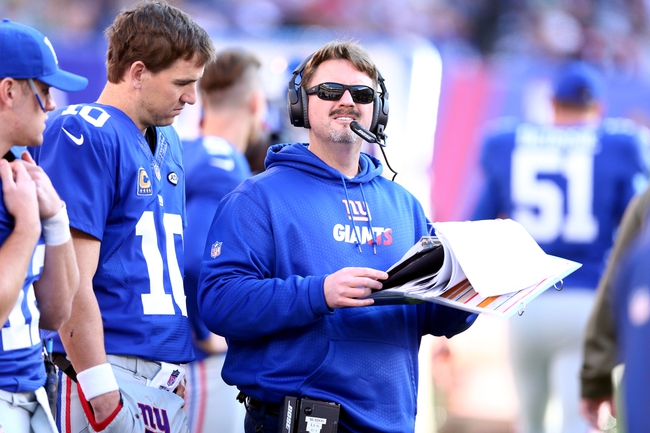 The Carolina Panthers look to win what would be their 18th straight regular season game. Cam Newton is completing 59.1 percent of his passes for 3,062 yards, 28 touchdowns and 10 interceptions. Newton has eight touchdown passes in his last two games. Greg Olsen and Ted Ginn Jr. have combined for 1,614 receiving yards and 14 touchdowns while Jerricho Cotchery has 29 receptions. The Carolina Panthers ground game is averaging 141.9 yards per contest, and Jonathan Stewart leads the way with 989 yards and six touchdowns. Defensively, Carolina is allowing 18.7 points and 307.8 yards per game. Thomas Davis leads the Panthers with 88 tackles, Kawann Short has nine sacks and Josh Norman has 16 pass deflections. Charles Tillman, Greg Olsen and Brenton Bersin are questionable.

The New York Giants look for a big victory to stay atop in the NFC East race. Eli Manning is completing 63.8 percent of his passes for 3,655 yards, 28 touchdowns and 10 interceptions. Manning has seven touchdown passes in his last three games. Odell Beckham Jr. and Rueben Randle have combined for 1,911 receiving yards and 17 touchdowns while Dwayne Harris has 33 receptions. The New York Giants ground game is averaging 88.4 yards per contest, and Rashad Jennings leads the way with 512 yards and one touchdown. Defensively, New York is allowing 24.6 points and 418.6 yards per game. Landon Collins leads the Giants with 86 tackles, Dominique Rodgers-Cromartie has 10 pass deflections and Prince Amukamara has seven pass deflections. Brandon Meriweather, Devon Kennard and George Selvie are questionable.

The Giants usually play their best ball at home and compete in games you'd probably write them off in. This is one of those games. Remember the Patriots earlier this season? Even though Carolina might survive, the value is on the points here.