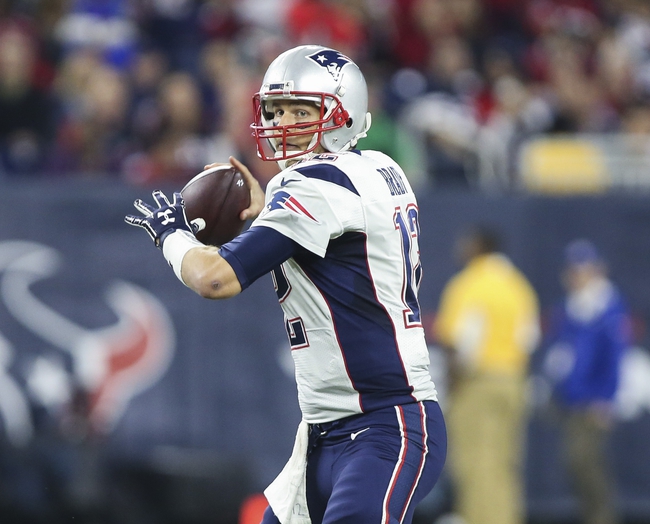 The New England Patriots and the Tennessee Titans face off on Sunday in Foxboro in NFL Week 15 action.

The New England Patriots are 11-2 this season and control their own destiny as far as home field advantage and a bye in the playoffs. The Patriots offense is averaging 30.9 points and 397.3 yards per game and they have a plus five turnover ratio. Pats QB Tom Brady has completed 64.2 percent of his passes with 33 touchdowns and six interceptions. LeGarrette Blount leads New England in rushing with 703 yards and six touchdowns and Danny Amendola is the top receiver with 62 catches and here touchdowns and Rob Gronkowsi has 61 receptions and 10 touchdowns. The Patriots defense is allowing 19.5 points and 329.5 yards per game with 10 interceptions, 42 sacks, and 18 fumble recoveries. Patrick Chung leads the Patriots with 72 tackles, Logan Ryan has 61 tackles, and Chandler Jones has 10.5 sacks. The Patriots have suffered a wave of injuries but just continue to win through them all.

The Tennessee Titans continue in their rebuilding process and at 3-10 this season has been a struggle. The Titans offense is averaging 19.5 points and 324.5 yards per game with a minus nine turnover ratio. Tennessee QB Marcus Mariota has completed 62.4 percent of his passes with 19 touchdowns and 10 interceptions and he has rushed for 252 yards and two touchdowns. Antonio Andrews is the Titans leading rusher with 474 yards and three touchdowns and Delanie Walker has 74 catches and four touchdowns. The Tennessee defense is allowing 25.1 points and 344 yards per game with 10 interceptions, 35 sacks, and nine fumble recoveries. Michael Griffin leads the Titans with 80 tackles, Avery Williamson has 77 tackles, and Wesley Woodyard has 74 tackles. The Titans should be drafting hig once again so they should get a good chance to help themselves.

I see the Titans doing a lot of things right but at the same time, they are still too far away and this oe should look like the team with the worst record last year against the Super Bowl Champions and I expect the Patriots to roll.