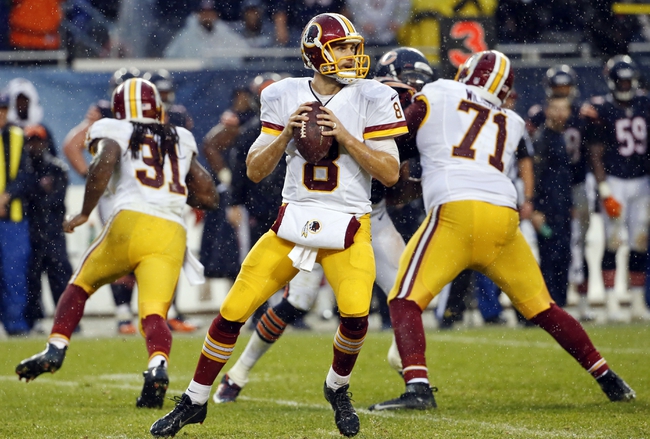 The Washington Redskins and the Buffalo Bills face off on Sunday at FedEx Field in Week 15 NFL football.

The Washington Redskins are 6-7 this season and that is good enough for a tie for first place in the NFC East. The Redskins offense is averaging 21.6 points and 336.5 yards per game with a net zero turnover ratio. Washington QB Kirk Cousins has completed 69.2 percent of his passes 18 touchdowns and 11 interceptions and he has rushed for four touchdowns. Alfred Morris is the Redskins top rusher with 518 yards and a touchdown and Jordan Reed leads in receptions with 67 and seven touchdowns. The Redskins defense is allowing 23.6 points and 363.7 yards per game with nine interceptions, 24 sacks, and 17 fumble recoveries. Dashon Goldson leads Washington with 96 tackles, Will Compton has 75 tackles, and Ryan Kerrigan has 7.5 sacks. The Redskins will have a chance to win the NFC East outright.

The Buffalo Bills are 6-7 this season and are coming off of a tough loss at Philadelphia that damaged their playoff chances. The Bills are averaging 24.3 points and 355.4 yards per game with a plus three turnover ratio. Buffalo QB Tyrod Taylor has completed 63.5 percent of his passes with 18 touchdowns and five interceptions and he has rushed for 371 yards and three touchdowns. LeSean McCoy leads the Bills in rushing with 866 yards and three touchdowns and Charles Clay leads in receiving with 51 receptions. The Buffalo defense is allowing 23.2 points and 358.8 yards per game with 13 interceptions, 19 sacks, and eight fumble recoveries. Corey Graham leads the Bills with 101 tackles, Presto Brown has 98 tackles, and Ronald Darby has 64 tackles. Anything short of a spot in the playoffs will be a disappointing season in Buffalo.

The Redskins are a mild home dog here but they are playing the better football right now and I look for them to win this one.