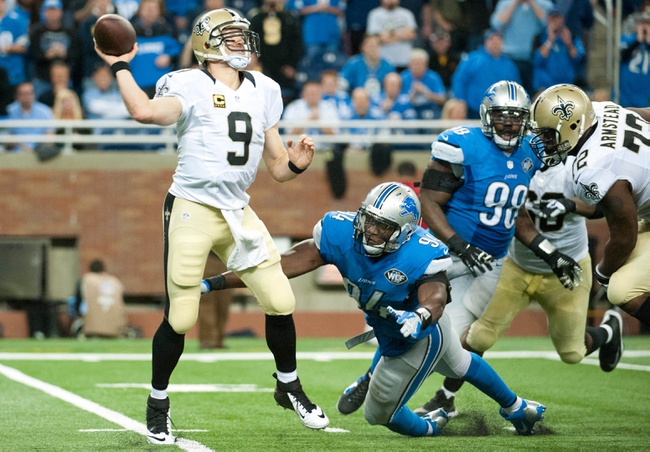 The Detroit Lions and New Orleans Saints square off Monday night at the Mercedes-Benz Superdome.

The Detroit Lions hope for an impressive road victory after splitting their last eight games. Matthew Stafford is completing 65 percent of his passes for 3,409 yards, 24 touchdowns and 13 interceptions. Stafford has nine touchdown passes in his last three games. Calvin Johnson and Golden Tate have combined for 1,656 receiving yards and 11 touchdowns while Theo Riddick has 67 receptions. The Detroit Lions ground game is averaging 79.3 yards per contest, and Ameer Abdullah leads the way with 437 yards and one touchdown. Defensively, Detroit is allowing 25.8 points and 348.5 yards per game. Stephen Tulloch leads the Lions with 87 tackles, Ezekiel Ansah has 13.5 sacks and Darius Slay has 11 pass deflections. Lance Moore and Gabe Wright are questionable.

The New Orleans Saints hope for a nice home victory after splitting their last eight games. Drew Brees is completing 67.8 percent of his passes for 3,794 yards, 25 touchdowns and 11 interceptions. Brees has five touchdown passes in his last two games. Brandin Cooks and Willie Snead have combined for 1,667 receiving yards and 10 touchdowns while Benjamin Watson has 61 receptions. The New Orleans Saints ground game is averaging 93.8 yards per contest, and Khiry Robinson leads the way with 180 yards and four touchdowns. Defensively, New Orleans is allowing 30.5 points and 414.8 yards per game. Stephone Anthony leads the Saints with 95 tackles, Cameron Jordan has eight sacks and Delvin Breaux has 15 pass deflections. Jahri Evans and John Jenkins are questionable.

As usual, the Saints continue to play their best football at home and are usually extremely tough to beat when the lights shine bright. This isn't the same New Orleans team from years past but Brees has looked sharp as of late. It's also tough to trust an inconsistent Lions team, especially on the big stage.

Hard to get a pulse on either of these teams, but the Saints at home during primetime for the small chalk has to be the play.

The pick in this article is the opinion of the writer, not a Sports Chat Place site consensus.
Previous Pick
Jaguars vs. Falcons - 12/20/15 NFL Pick, Odds, and Prediction
Next Pick
Top Ten Takeaways From Week 15 in the NFL