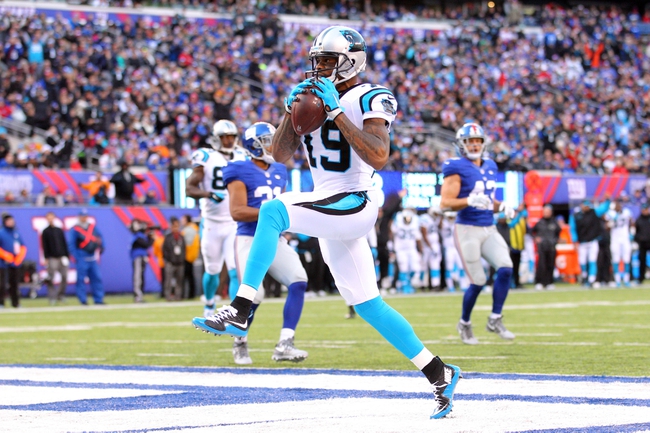 At this point in the season, players who aren’t playoff bound know they have some time to rehab before training camp and the preseason roll around. Guys whose teams are still in contention for Super Bowl 50, though, are desperate to get back on the field before January. This morning, we’ll run through the bad and the ugly from Week 15 injuries.

1. Carolina Panthers WR Ted Ginn Jr. exited Sunday’s narrow win over the New York Giants with a rib injury. TGJ (can I make that a thing?) did not return, but has not been ruled out for Week 16’s match-up at this point.

2. As the New England Patriots continue their apparent quest to drop like flies, they lost WR Danny Amendola to a knee injury on Sunday. The Pats’ front office has confirmed that he suffered only a sprain and will not miss any playoff time.

3. Indianapolis Colts QB Matt Hasselbeck once again sustained injuries (story of the year) in Sunday’s loss to the Houston Texans. Barring a minor miracle, the team is out of playoff contention at this point, so it’s possible that Charlie Whitehurst will start on Sunday in Miami.

4. Baltimore Ravens CB Jimmy Smith sustained a thigh injury that sidelined him on Sunday afternoon. Smith is hoping to play in Week 16’s relatively meaningless match-up against the Pittsburgh Steelers.

5. In a scary moment for the Minnesota Vikings, RB Adrian Peterson was sidelined for the last several minutes of the second quarter with an ankle injury. Peterson did return and is not expected to miss any time.

6. Houston Texans QB T.J. Yates left Sunday’s win over the Indianapolis Colts with a knee injury that turned out to be a torn ACL. Yates is, as one might expect, out for the remainder of the year. Brandon Weeden took over his duties and will start in Week 16 if Brian Hoyer hasn’t yet cleared the concussion protocol.

7. Chicago Bears WR Alshon Jeffery, who has been injury riddled the past few seasons, sustained a hamstring injury in Sunday’s loss to the Seattle Seahawks. Jeffery’s condition is currently being monitored and he is week-to-week. I don’t necessarily expect him to go on Sunday with the Bears out of playoff contention.

9. Oakland Raiders DE Mario Edwards Jr. sustained a neck injury in Sunday’s loss to the Green Bay Packers. Edwards has yet to practice this week and is currently questionable for Week 16’s contest.

10. The Raiders also lost WR Seth Roberts to an abdominal injury on Sunday. Roberts was ruled out for the game, but has been practicing and is expected to play this weekend.

The pick in this article is the opinion of the writer, not a Sports Chat Place site consensus.
Previous Pick
Top Ten Takeaways From Week 15 in the NFL
Next Pick
NFL News: Player News and Updates for 12/24/15