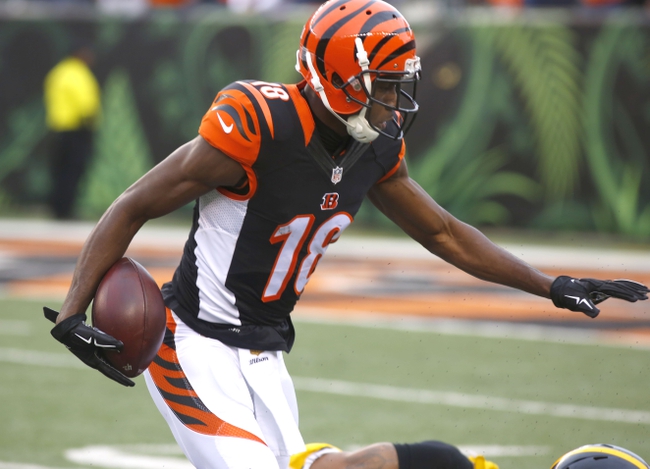 NFL Updates: News From Around the League, Week 16 Schedule and More

The NFL will be kicking off Week 16 tonight, when the Chargers and Raiders get going in Oakland. While we’re waiting on that one, let’s visit with some of the notable players and headlines from around the league.

The Cardinals’ Andre Ellington was unable to practice yesterday, which doesn’t come as much of a surprise.
The Arizona coaching staff keeps calling him day-to-day with his foot issue, but until he’s able to get in a full practice we doubt he’ll be able to make it back to the field anytime soon. That means another heavy dose of David Johnson this weekend.

Brian Hoyer made a little progress yesterday in his return from his latest concussion. He was cleared to practice on a limited basis.
Hoyer still needs to get game clearance, but this is a step in the right direction. He’s had two concussions within one month, so this one may take a little longer to bounce back from. Brandon Weeden still looks like the Texans’ Week 16 starter at this point.

Alshon Jeffery did not practice for the Bears yesterday, thanks to that balky hamstring.
Jeffery is nursing his latest injury right now, and it’s anyone’s guess right now what his status for Week 16 will be.

In other top WR news, the Bucs’ Vincent Jackson was sidelined at yesterday’s practice. He’s still trying to get back from an MCL sprain in Week 14.
There’s little hope that Jackson will get back out on the field for the last two weeks of the year; he’s more than likely done.

Denard Robinson of the Jaguars says he plans on playing this weekend against the Saints. He’s coming off a foot sprain in Week 15, but was able to complete the game.
Meanwhile, fellow RB T.J. Yeldon is still in a knee brace and not practicing, so it’s a good bet at this point that Robinson will see another start and heavy workload.

The Bengals’ A.J. Green suffered a back bruise last week in practice, but was able to play against the Niners.
Green--as of right now--is reportedly on track to take the field Monday night in a huge game against the Broncos. He’ll have his work cut out for him after catching just one ball for 37 yards in Week 15.

NFL Week 16 Schedule: Let’s take a look at the upcoming round of games on the NFL schedule, along with the start times and TV networks you can catch them on.

The pick in this article is the opinion of the writer, not a Sports Chat Place site consensus.
Previous Pick
Top Ten Worst 2015 NFL Week 15 Injuries
Next Pick
Raiders vs. Chargers - 12/24/15 NFL Pick, Odds, and Prediction