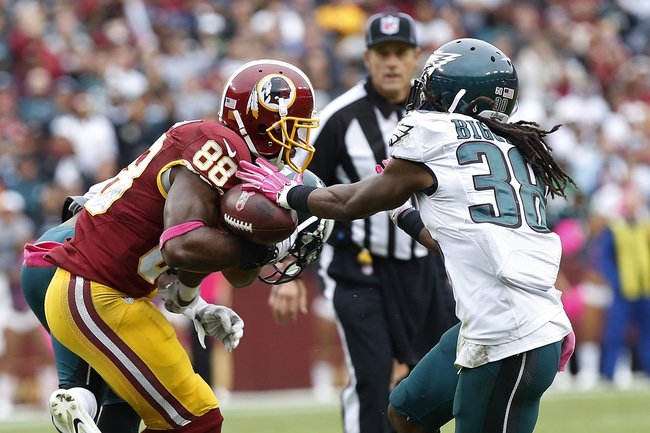 The Washington Redskins can clinch a playoff spot with a victory for the first time since 2012. Kirk Cousins is completing 69.7 percent of his passes for 3,625 yards, 22 touchdowns and 11 interceptions. Cousins has six touchdown passes in his last three games. Jordan Reed and Pierre Garcon have combined for 1,426 receiving yards and 13 touchdowns while DeSean Jackson has 26 receptions. The Washington Redskins ground game is averaging 96.6 yards per contest, and Alfred Morris leads the way with 602 yards and one touchdown. Defensively, Washington is allowing 23.7 points and 370 yards per game. Dashon Goldson leads the Redskins with 100 tackles, Ryan Kerrigan has 8.5 sacks and Bashaud Breeland has 14 pass deflections. Andre Roberts, Chris Thompson and Jeron Johnson are questionable.

The Philadelphia Eagles need this victory if they have any hope of remaining in the playoff hunt. Sam Bradford is completing 63.7 percent of his passes for 3,025 yards, 16 touchdowns and 13 interceptions. Bradford has five touchdown passes in his last three games. Jordan Matthews and Zach Ertz have combined for 1,418 receiving yards and seven touchdowns while Brent Celek has 24 receptions. The Philadelphia Eagles ground game is averaging 112.7 yards per contest, and DeMarco Murray leads the way with 606 yards and four touchdowns. Defensively, Philadelphia is allowing 25.9 points and 393.3 yards per game. Malcolm Jenkins leads the Eagles with 94 tackles, Fletcher Cox has 7.5 sacks and Byron Maxwell has 10 pass deflections.

I don’t put much stock into last week for the Eagles, as the Cardinals were simply a bad matchup and I predicted a blowout victory. When Philly plays teams closer to its skill level, it usually finds a way to win. The Eagles are at home and are the more desperate team than Washington. Not to mention that five of the Redskins seven losses have come on the road and the home team has won six of the last eight meetings between these two teams.

I like the Eagles to get the win and cover while remaining in the playoff hunt.

The pick in this article is the opinion of the writer, not a Sports Chat Place site consensus.
Previous Pick
NFL News: Player News and Updates for 12/26/15
Next Pick
New England Patriots at New York Jets 12/27/15 NFL Score, Recap, News and Notes