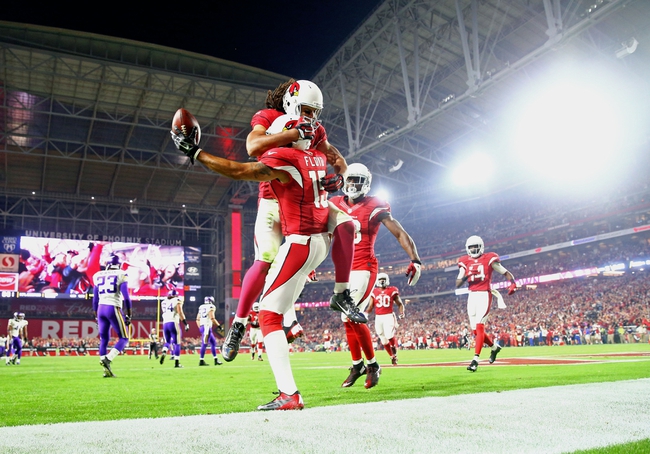 The Arizona Cardinals and the Green Bay Packers face off on Sunday in a Week 16 NFL battle of NFC playoff teams.

The Arizona Cardinals are 12-2 this season and are looking at a first round bye in the playoffs. The Cardinals offense is averaging 31.8 points and 422.9 yards per game and they are plus 10 in turnover ratio. Arizona QB Carson Palmer has completed 64.3 percent of his passes with 32 touchdowns and nine interceptions. David Johnson paces the Cardinals rushing attack with 517 yards and seven touchdowns and Larry Fitzgerald is the top receiver with 99 catches and seven touchdowns. The Arizona defense is allowing 19.2 points and 329.6 yards per game with 18 interceptions, 26 sacks, and 18 fumble recoveries. Deonne Bucannon leads Arizona in tackles with 99, Kevin Minter has 81 tackles, and ony Jefferson has 64 tackles. The Cardinals will be without their second leading tackler and their leader in interceptions Tyrann Mathieu who is lost for the season.

The Green Bay Packers are 10-4 this season and that leads the NFC North. The Packers offense is averaging 24.8 points and 344.6 yards per game and they are plus seven n turnover ratio. Green Bay QB Aaron Rodgers has completed 60.8 percent of his passes with 29 touchdowns and six interceptions. Eddie Lacy is the Packers top rusher with 664 yards and three touchdowns and Randall Cobb leads in receptions with 70 and six touchdowns. The Green Bay defense is allowing 18.9 points and 351.7 yards per game with 14 interceptions, 38 sacks, and 10 fumble recoveries. Ha Ha Clinton Dix leads the Packers with 93 tackles, Nate Palmer has 67 tackles, and Julius Peppers has 9.5 sacks. The Packers have an outside shot a first round bye in the playoffs but they need a win here to even make that a possibility.

The total is set at 49.5 and while we have two of the better scoring defenses, we also have two offenses who can put up points and I expect this one to go over the total.