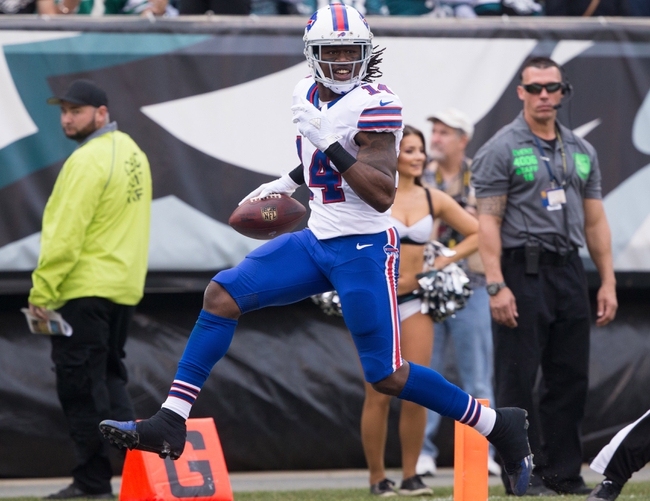 The Buffalo Bills and the Dallas Cowboys face off on Sunday n Orchard Park in Week 16 NFL action.

The Buffalo Bills are 6-8 this season and it is a big disappointment as they had high hopes coming into the season. The Bills offense is averaging 14.4 points and 362.3 yards per game and they are plus four in turnover ratio. Buffalo QB Tyrod Taylor has completed 63.2 percent of his passes with 20 touchdowns and five interceptions and he has rushed for 450 yards and three touchdowns. LeSean McCoy is Buffalo’s leading rusher with 895 yards and three touchdowns and Charles Clay is the top receiver with 51 catches and three touchdowns and Sammy Watkins has 44 catches and nine touchdowns. The Bills defense is allowing 24 points and 363.9 yards per game with 13 interceptions, 20 sacks, and eight fumble recoveries. Corey Graham and Preston Brown are Buffalo’s top tacklers with 109 and Ronald Darby has 68 tackles. The Bills have simply underperformed on both sides of the football this year.

The Dallas Cowboys are 4-10 this season as they wind down another disappointing year. The Cowboys offense is averaging 17.6 points and 324.4 yards per game and they are a dreadful minus 18 in turnover ratio. Kellen Moore starts for Dallas at QB this week after completing 15 of 25 passes for one touchdown and three interceptions in his previous action. Darren McFadden is the Cowboys top rusher with 898 yards and three touchdowns and Jason Witten leads in receptions with 70. The Dallas defense is allowing 23.1 points and 337.5 yards per game with seven interceptions, 27 sacks, and three fumble recoveries. Sean Lee leads the Cowboys with 113 tackles, Barry Church has 110 tackles, and Demarcus Lawrence has seven sacks. The Cowboys have lots of excuses but really none are good enough as the minus 18 turnover ratio is nearly impossible for any team to overcome.

Normally I would just take the points in this spot but with Kellen Moore making his first career start the Cowboys are unlikely to catch lightning in a bottle and more likely get crushed.