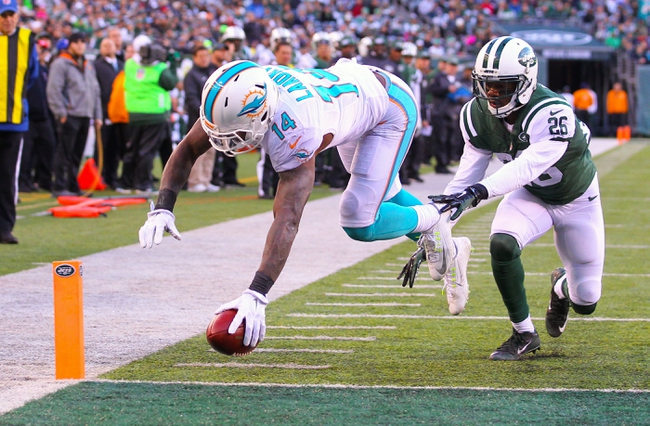 The Miami Dolphins and the Indianapolis Colts face off Sunday in Miami in Week 16 NFL action.

The Miami Dolphins are 5-9 this season and after high hopes and high priced free agent pickups in the offseason they are playing out a majorly disappointing year. The Dolphins offense is averaging 19.9 points and 322 yards per game and they are minus two in turnover ratio. Dolphins QB Ryan Tannehill has completed 61.2 percent of his passes with 22 touchdowns and 11 interceptions. Lamar Miller leads Miami in rushing with 781 yards and seven touchdowns and Jarvis Landry is the top receiver with 97 caches and four touchdowns. The Dolphins defense is allowing 25.8 points and 396.8 yards per game with 13 interceptions, 27 sacks, and seven fumble recoveries. Reshad Jones is the Dolphins leading tackler with 124, Kelvin Sheppard has 95, and Olivier Vernon has 7.0 sacks. The Dolphins just look to be a sad organization from top to bottom with little hope in sight.

The Indianapolis Colts are 6-8 this season and that puts them in second place in the AFC South. The Colts offense is averaging 20.4 points and 324.8 yards per game and they are minus six n turnover ratio. With Andrew Luck out Matt Hasselbeck is in at QB and he has completed 61.4 percent of his passes with nine touchdowns and five interceptions. Frank Gore leads the Colts in rushing with 806 yards and four touchdowns and T.Y. Hilton and Donte Moncrief each have 61 receptions. The Colts defense is allowing 26.6 points and 391 yards per game with 15 interceptions, 25 sacks, and 13 fumble recoveries. D’Qwell Jackson is Indianapolis’ leading tackler with 136, Jerrell Freeman has 94 tackles, and Mike Adams has five interceptions. The Colts don’t need a full rebuild but they have some gaping holes hey are going to need to fill.

The Dolphins shouldn't be favored against against anyone, I am on the Colts