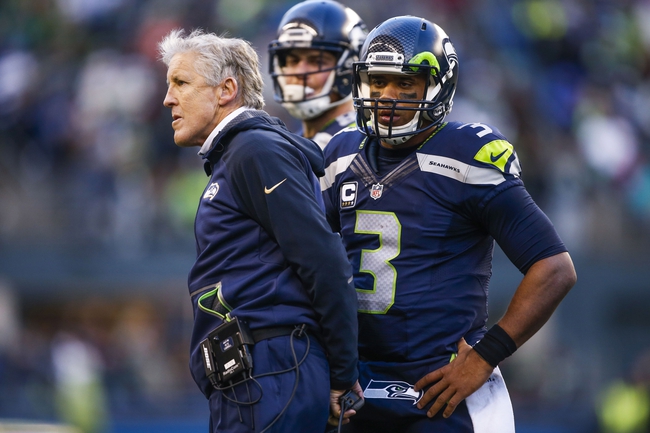 The St. Louis Rams need to win out if they’re going to be a .500 team for the first time since 2006. Case Keenum is completing 61.5 percent of his passes for 494 yards, three touchdowns and one interception. Keenum has 142 pass attempts since the 2014 season. Kenny Britt and Jared Cook have combined for 1,027 receiving yards and two touchdowns while Tavon Austin has 44 receptions. The St. Louis Rams ground game is averaging 122.9 yards per contest, and Todd Gurley leads the way with 1,023 yards and nine touchdowns. Defensively, St. Louis is allowing 21 points and 365.4 yards per game. Mark Barron leads the Rams with 105 tackles, Aaron Donald has 11 sacks and Trumaine Johnson has 14 pass deflections. Andrew Donnal and Eric Patterson are questionable.

The Seattle Seahawks look to win double-digit games for a fourth straight season. Russell Wilson is completing 68.8 percent of his passes for 3,538 yards, 29 touchdowns and seven interceptions. Wilson has 11 touchdown passes in his last three games. Doug Baldwin and Jermaine Kearse have combined for 1,518 receiving yards and 16 touchdowns while Tyler Lockett has 46 receptions. The Seattle Seahawks ground game is averaging 147.4 yards per contest, and Wilson leads the way with 502 yards and one touchdown. Defensively, Seattle is allowing 17.7 points and 302.2 yards per game. K.J. Wright leads the Seahawks with 104 tackles, Michael Bennett has 9.5 sacks and Richard Sherman has 12 pass deflections. Jordan Hill, Kam Chancellor and Russell Okung are questionable.

While Seattle is starting to find its rhythm again, the St. Louis Rams are a team that actually enjoys playing the Seahawks. In fact, the Rams have beaten the Seahawks in two of the last three meetings. Also, the Rams have had a mini bye week to prepare for this game given that they played last Thursday.

I just can’t lay this many points with a St. Louis team that has proven to have success against the Seahawks recently.