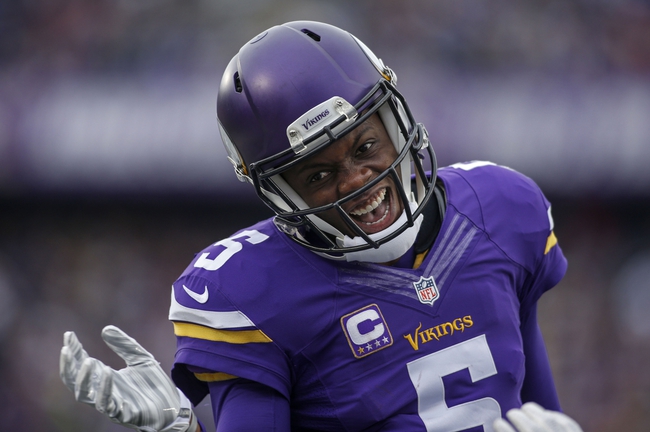 The New York Giants need this victory to have any chance of staying in the NFC East race. Eli Manning is completing 63.7 percent of his passes for 3,900 yards, 32 touchdowns and 11 interceptions. Manning has eight touchdown passes in his last two games. Rueben Randle and Shane Vereen have combined for 1,040 receiving yards and 10 touchdowns while Dwayne Harris has 35 receptions. The New York Giants ground game is averaging 93.6 yards per contest, and Rashad Jennings leads the way with 619 yards and two touchdowns. Defensively, New York is allowing 25.6 points and 423 yards per game. Landon Collins leads the Giants with 96 tackles, Robert Ayers has 6.5 sacks and Dominique Rodgers-Cromartie has 13 pass deflections. Devon Kennard, George Selvie and Markus Kuhn are questionable.

The Minnesota Vikings can clinch a playoff spot for the first time since the 2012 season. Teddy Bridgewater is completing 66.3 percent of his passes for 2,964 yards, 13 touchdowns and eight interceptions. Bridgewater has five touchdown passes in his last four games. Stefon Diggs and Kyle Rudolph have combined for 1,135 receiving yards and eight touchdowns while Mike Wallace has 36 receptions. The Minnesota Vikings ground game is averaging 131.6 yards per contest, and Adrian Peterson leads the way with 1,314 yards and nine touchdowns. Defensively, Minnesota is allowing 19.4 points and 342.4 yards per game. Eric Kendricks leads the Vikings with 77 tackles, Everson Griffen has 8.5 sacks and Terence Newman has 11 pass deflections. Anthony Barr, Charles Johnson and Harrison Smith are questionable.

With or without Odell Beckham Jr, I'm not sure the Vikings are a good football team. One week the Vikings look like they can compete for an NFC crown, the next week they're stinking up the joint. When you add the fact this game is bigger for the Giants, I like the value of the points. I'm just not sold on the Vikings right now.

The pick in this article is the opinion of the writer, not a Sports Chat Place site consensus.
Previous Pick
Seahawks vs. Rams - 12/27/15 NFL Pick, Odds, and Prediction
Next Pick
New York Giants at Minnesota Vikings 12/27/15 NFL Score, Recap, News and Notes