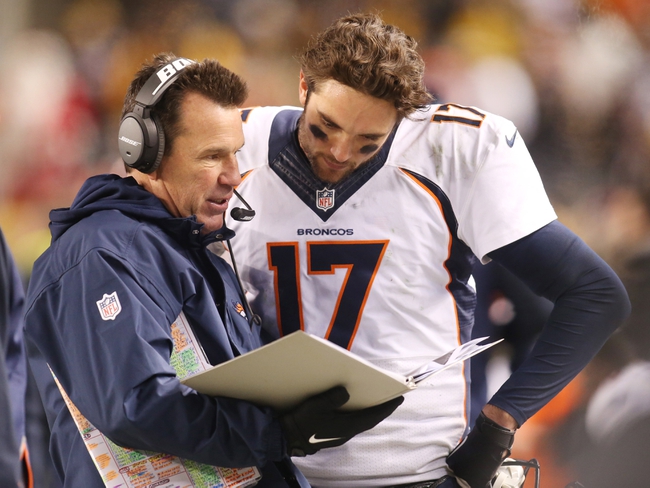 The Cincinnati Bengals are still chasing the top overall seed in the AFC. AJ McCarron is completing 70.2 percent of his passes for 494 yards, three touchdowns and two interceptions. McCarron has 53 pass attempts in his last two games. A.J. Green and Marvin Jones have combined for 1,951 receiving yards and 12 touchdowns while Mohamed Sanu has 29 receptions. The Cincinnati Bengals ground game is averaging 110.9 yards per contest, and Giovani Bernard leads the way with 680 yards and two touchdowns. Defensively, Cincy is allowing 17.4 points and 337.3 yards per game. Vincent Rey leads the Bengals with 93 tackles, Carlos Dunlap has 10.5 sacks and Dre Kirkpatrick has 14 pass deflections. George Iloka, Jake Fisher and Tyler Eifert are questionable.

The Denver Broncos are still chasing a bye in the first week of the playoffs. Brock Osweiler is completing 60.3 percent of his passes for 1,436 yards, eight touchdowns and four interceptions. Osweiler has four passing touchdowns in his last three games. Demaryius Thomas and Emmanuel Sanders have combined for 2,097 receiving yards and 10 touchdowns while Owen Daniels has 40 receptions. The Denver Broncos ground game is averaging 99.6 yards per contest, and Ronnie Hillman leads the way with 711 yards and six touchdowns. Defensively, Denver is allowing 18.5 points and 279.9 yards per game. Brandon Marshall leads the Broncos with 95 tackles, Von Miller has 10 sacks and Aqib Talib has 13 pass deflections. C.J. Anderson, David Bruton and Darian Stewart are questionable.

I said it last week and I’ll say it again, I’m not sold on Osweiler as a reliable quarterback. While the verdict is still out on McCarron as well, I think this is closer to a toss up game with two backups going at it.

I have to take the points here, as Cincinnati is just as good of a team as Denver, and the backup QB’s cancel out each other.

The pick in this article is the opinion of the writer, not a Sports Chat Place site consensus.
Previous Pick
Chiefs vs. Browns - 12/27/15 NFL Pick, Odds, and Prediction
Next Pick
Top Ten Takeaways From Week 16 in the NFL