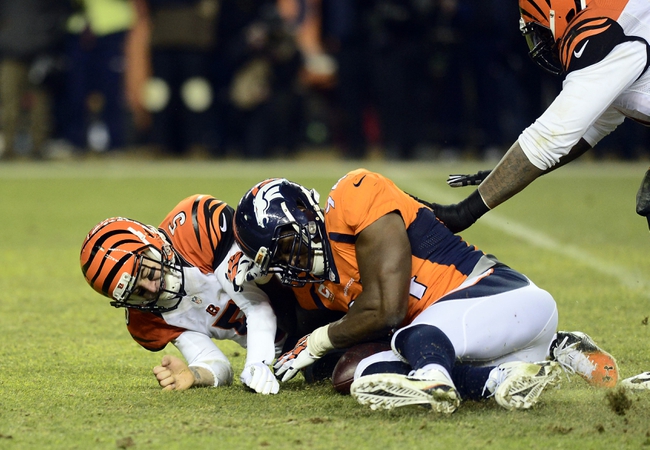 NFL Updates: News From Around the League, Week 17 Schedule and More

We’re just a couple of days removed from the NFL’s Week 17 action, which will come fast and furious on Sunday. In the meantime, let’s check out some of the notable players and situations out there right now in our daily wrap-up.

The Rams’ Todd Gurley is currently in a walking boot, and has not practiced for the past couple of days.
Gurley is highly questionable heading into the finale, and if we had to guess we wouldn’t think the Rams would risk injuring their star RB further in a meaningless game. If he indeed doesn’t play, it’ll be Tre Mason and Benny Cunningham taking the reps.

Let’s check out a couple of Colts players ahead of Sunday’s finale. First off, there’s WR T.Y. Hilton. He was limited yesterday with a calf injury, but it appears that he should be okay for Sunday’s game.
As for QB Matt Hasselbeck, he was out of practice yesterday once again, thanks to shoulder and rib injuries. That means we’re looking at a QB start from Stephen Morris, Josh Freeman or Ryan Lindley. Yuck.

There’s been a little talk lately about Cowboys coach Jason Garrett’s job security, but it appears he’s not in jeopardy.
Management has expressed confidence in Garrett lately, and he does have four more years left on his $30 million contract. He wasn’t really the problem for the Cowboys this season, anyway. Injuries had their way with Dallas, and with a few additions they can be right back in the mix in 2016.

The Panthers’ Ted Ginn was out of practice yesterday, thanks to his knee injury. If he practices today, he may be able to get out there on Sunday.
That said, there’s really no sense in the Panthers pushing Ginn. He could take a rest heading into the playoffs. It would do some good.

The Bengals’ A.J. McCarron was able to get in a full session of practice yesterday. He’s fighting off a wrist injury but should be good to go for Sunday against the Ravens.
In other Bengals news, Marvin Jones was limited yesterday due to a hamstring issue. He’s questionable heading into the weekend.

NFL Week 17 Schedule: Let’s take a look at the upcoming round of games on the NFL schedule, along with the start times and TV networks you can catch them on.