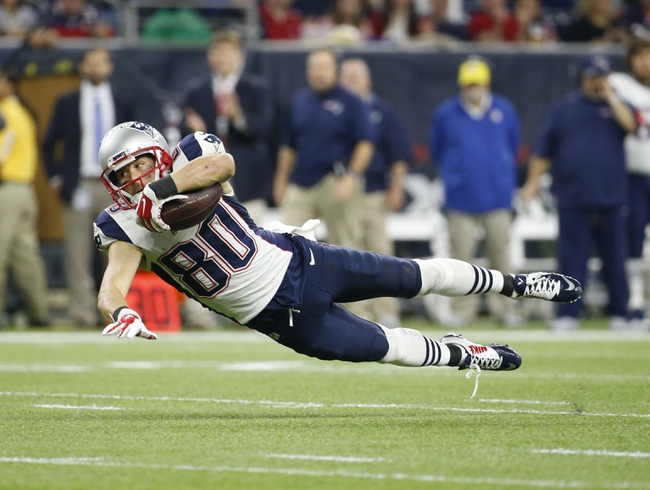 NFL Updates: News From Around the League, Week 17 Schedule and More

Tomorrow marks the final week of the regular season for the NFL, and it will be a busy day very important to playoff seeding. While we’re waiting, let’s take our daily look at some of the headlines from around the league.

The Patriots’ Danny Amendola is officially questionable for Week 17 with his knee injury. That said, he says he expects to be able to play.
Exactly how much action Amendola will see this weekend against the Dolphins is up for debate. He could get pulled if the Pats go up big.

Marshawn Lynch is expected to rejoin the Seahawks on Monday, according to the coaching staff.
Lynch has been away from the team doing rehab on his injured abdomen. If all goes well, he’ll start practicing next week and be ready for the first round of the playoffs.

It seems a foregone conclusion that the Browns will move on from coach Mike Pettine after the season, and sources close to the team seem to be echoing that sentiment.
Pettine will likely be one of the first coaches to go, maybe as soon as Monday. The team will also need to decide if they want to get away from GM Ray Farmer or give him another year.

Let’s check out a few notable Cardinals injuries. The good news for the team is that both Andre Ellington and Larry Fitzgerald are probable. As for WR Michael Floyd, he was able to get back on the practice field yesterday (limited) and is questionable for the Seattle matchup.

The Colts QB situation has been difficult to look away from this week. The team still doesn’t officially have a starter; they’re expected to look at tape today and make a decision.
The team will likely go with either Ryan Lindley or Josh Freeman in the finale. That considered, expect a heavy dose of Frank Gore and the running game.

NFL Week 17 Schedule: Let’s take a look at the upcoming round of games on the NFL schedule, along with the start times and TV networks you can catch them on.

The pick in this article is the opinion of the writer, not a Sports Chat Place site consensus.
Previous Pick
NFL News: Player News and Updates for 1/1/16
Next Pick
Week 17 NFL Survivor Pool Picks