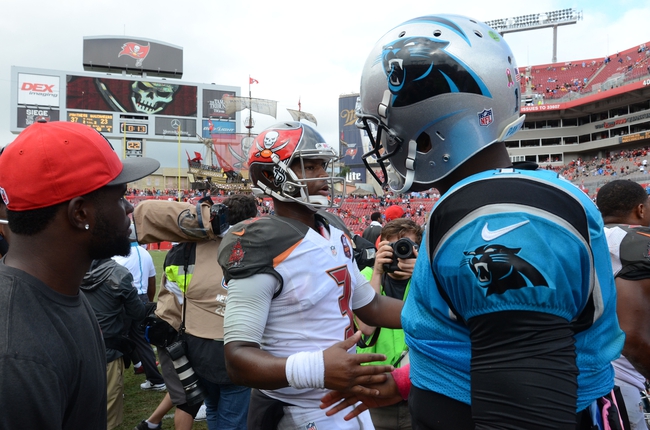 The Tampa Bay Buccaneers and Carolina Panthers finish the regular season at Bank of America Stadium.

The Tampa Bay Buccaneers hope to win seven games for the first time since the 2012 season. Jameis Winston is completing 58 percent of his passes for 3,717 yards, 22 touchdowns and 13 interceptions. Winston has five touchdown passes in his last three games. Mike Evans and Vincent Jackson have combined for 1,650 receiving yards and six touchdowns while Charles Sims has 42 receptions. The Tampa Bay Buccaneers ground game is averaging 139 yards per contest, and Doug Martin leads the way with 1,354 yards and six touchdowns. Defensively, Tampa Bay is allowing 25.3 points and 338.7 yards per game. Lavonte David leads the Bucs with 135 tackles, Gerald McCoy has 8.5 sacks and Kwon Alexander has nine pass deflections. Chris Conte is questionable with a knee injury.

The Carolina Panthers look to lock up the top seed in the NFC with a big home victory. Cam Newton is completing 58.6 percent of his passes for 3,544 yards, 33 touchdowns and 10 interceptions. Newton has eight touchdown passes in his last three games. Greg Olsen and Ted Ginn Jr. have combined for 1,827 receiving yards and 17 touchdowns while Jerricho Cotchery has 37 receptions. The Carolina Panthers ground game is averaging 144.7 yards per contest, and Jonathan Stewart leads the way with 989 yards and six touchdowns. Defensively, Carolina is allowing 19.9 points and 318.7 yards per game. Luke Kuechly leads the Panthers with 109 tackles, Kawann Short has 11 sacks and Josh Norman has 17 pass deflections. Kyle Love is questionable while Jonathan Stewart and Foswhitt Whittaker are doubtful.

The Buccaneers have lost their last five games against the Panthers and a lot of those games haven't even been that close. The Panthers are still playing for the top overall seed and should play with an extra chip after losing to the Atlanta Falcons last week. You guys know how I feel about big chalk but the Panthers should be able to cover this number against a Bucs team that's been really inconsistent.