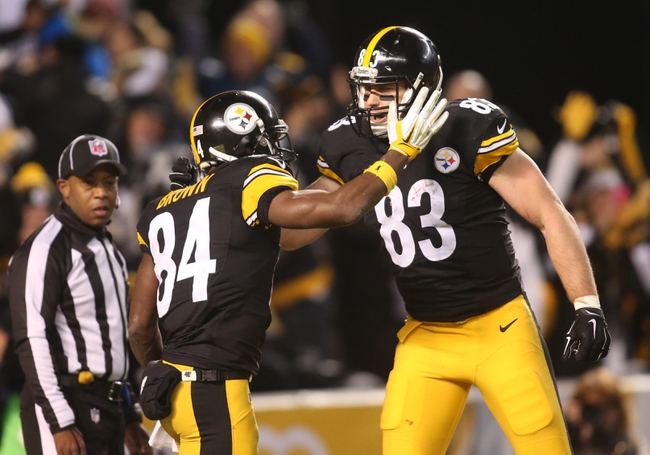 We have reached the final week of the NFL regular season and while many survivor pools are history there are still a few left and we have it covered in this week’s top plays, pool breakers, and pool makers. Top Plays: Pittsburgh Steelers at Cleveland Browns This game does violate a couple rules for survivor plays and handicapping in general as this is a divisional match up on the road for the Steelers but at this juncture in the season in a do or die scenario it won’t matter. This Steelers team is a Super Bowl dark horse to many but they do need some luck to get there first but at the very least they need to take care of business on their end and in Cleveland against the hapless Brown I think they get it. Cleveland will have no answer for a talented Steelers side that is desperate. Carolina Panthers vs Tampa Bay Bucs The Bucs have had a respectable season and have come a long way from last year where they landed the top overall draft pick but in this one they are in tough. The Panthers have already locked up the division, and a first round playoff bye but they are still playing for home field and the NFC’s top seed thanks to a strong finish from the Arizona Cardinals. The Panthers will be a bit testy after last week’s loss to the Atlanta Falcons and I look for them to come back with a vengeance against a Bucs side not quite ready for prime time yet. Panthers roll. Denver Broncos vs San Diego Chargers The Broncos have locked up a playoff spot but they get a shot here to send one of their divisional rivals home to a pitiful season and one that will pose a ton of questions head into the off season. Denver hasn’t had the year offensively that many expected but their defense has been strong all season and against a Chargers team that has been woeful this year and the game at Mile High this is a pretty safe spot. Pool Breakers: Houston Texans vs Jacksonville Jaguars The Texans are in the driver’s seat to win the AFC South as long as there isn’t a complete melt down and everything in the world happening for the Colts they will be playoff bound. That isn’t to say they are a great football team though and they get a divisional foe here who is on the rise as the Jags have played some teams tough this year and Blake Bortles has emerged as the go to guy behind center in just his second season in the league. Houston will likely get the victory but there are way better spots to lean here. Arizona Cardinals vs Seattle Seahawks This game should come as no surprise and while many are expecting the Cards to exert their dominance here and get a big time victory I don’t think it’ll be that easy. The Cardinals are a great team across the board but so are the Seahawks and they will be playing to build confidence heading towards the postseason. This one should come down to the wire and while many have likely used the Cards and Hawks at this point I would lay off of it regardless. Pool Makers: Buffalo Bills vs New York Jets This is the match up I am looking forward to most of all the games on the week 17 schedule as there is so much at stake and a ton of story lines. The Jets need to win to keep their playoff hopes intact but they are on the road in Buffalo against their former coach in a spot where they are seeking revenge for their match up earlier this season. If the Bills are to play one game all season where they are going to come out and play for their leader it will be this one and what better way to cap off the year then beating your former team in front of your home fans. Take the Bills. Thanks for another great season. See you next year.

The pick in this article is the opinion of the writer, not a Sports Chat Place site consensus.
Previous Pick
NFL News: Player News and Updates for 1/2/16
Next Pick
Arizona Cardinals vs. Seattle Seahawks - 1/3/16 NFL Pick, Odds, and Prediction