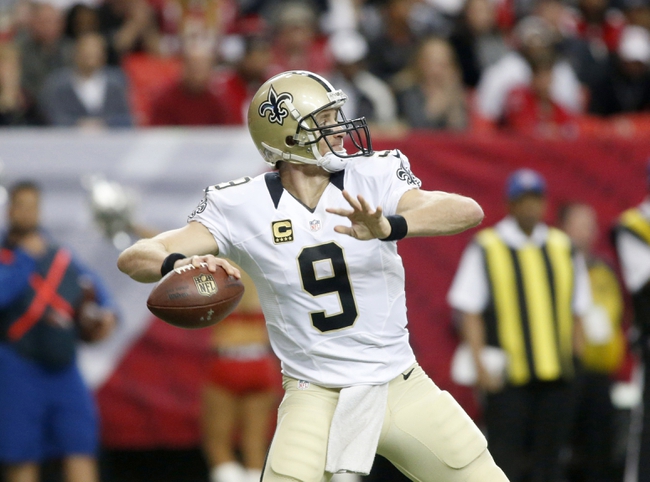 We’ve got just three more days to wait before the start of the 2015-16 NFL Playoffs, and the anticipation is running high. Let’s take our daily look at the notable headlines around the league and see what everyone’s talking about this morning.

Throughout the playoffs and the off-season, we’re going to be hearing quite a bit about the Dallas Cowboys’ quarterback situation. The team is in dire need of a solid backup for Tony Romo, and we’re already hearing rumors about who they could be going after.
One suggestion is the Redskins’ Robert Griffin III, who will likely end up as a free agent this off-season. Griffin is from Texas and reportedly would love to play for the Cowboys.
Another name being thrown out there is Johnny Manziel, who has been sabotaging his career in Cleveland almost since he arrived.
At this point, it’s mostly just speculation and bar-talk, but we wouldn’t be surprised to see either of these situations develop.

The Saints’ Drew Brees will not be needing surgery on his injured right foot. He’s dealing with a torn plantar fascia.
Brees will take 4-6 weeks of rest in the hopes that his ailment gets better on its own. He played with the injury in the final two weeks of the season, but should be fine by OTAs.

The Bengals have themselves some question marks at the QB position. They’re preparing as if A.J. McCarron will start the Wild Card game this Saturday instead of No. 1 Andy Dalton.
Dalton is still getting over his broken thumb. He’s not in a cast anymore, but has yet to do any throwing. We’re sure the Bengals would rather have him in there against the Steelers as opposed to McCarron, so things could change if Dalton gets healthy quickly this week.

Speaking of broken thumbs, the Jaguars’ Blake Bortles has one on his left hand. The good news is that he likely won’t have to have surgery.
Bortles should be fine for the off-season stuff in Jacksonville. He hasn’t missed a game since becoming the starter.

The Steelers’ DeAngelo Williams is reportedly day-to-day with his foot injury. That said, the team seems to be prepping as if he’ll sit out of Saturday’s Wild Card game.
If Williams does indeed sit--which it’s looking like he’ll do as of now--it’ll be Fitzgerald Toussaint and Jordan Todman splitting the RB reps.

The pick in this article is the opinion of the writer, not a Sports Chat Place site consensus.
Previous Pick
Top Five Takeaways From Week 17 in the NFL
Next Pick
NFL News: Player News and Updates for 1/7/16