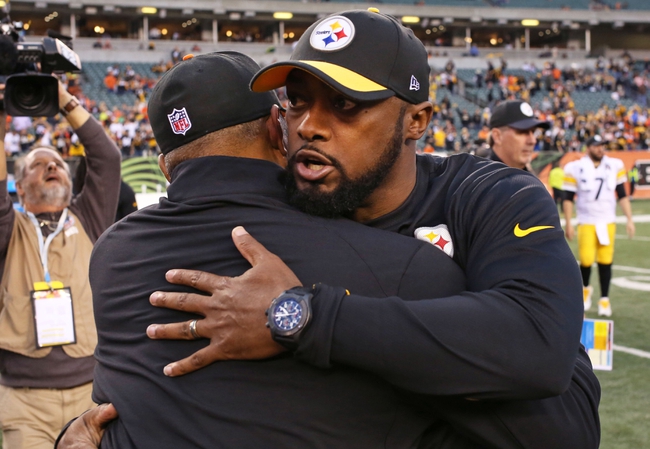 The Pittsburgh Steelers hope to get out of the wild card spot for the first time since the 2010 season. Ben Roethlisberger is completing 68 percent of his passes for 3,938 yards, 21 touchdowns and 16 interceptions. Roethlisberger has six touchdown passes in his last three games. Antonio Brown and Martavis Bryant have combined for 2,599 receiving yards and 16 touchdowns while Markus Wheaton has 34 receptions. The Pittsburgh Steelers ground game is averaging 107.8 yards per contest, and DeAngelo Williams leads the way with 907 yards and 11 touchdowns. Defensively, Pittsburgh is allowing 19.9 points and 363.1 yards per game. Lawrence Timmons leads the Steelers with 119 tackles, Cameron Heyward has seven sacks and Antwon Blake has 11 pass deflections. DeAngelo Williams is questionable with an ankle injury.

The Cincinnati Bengals look for their first playoff victory since the 1990 season. AJ McCarron is completing 66.4 percent of his passes for 854 yards, six touchdowns and two interceptions. McCarron has four passing touchdowns in his last three games. A.J. Green and Marvin Jones have combined for 2,113 receiving yards and 14 touchdowns while Tyler Eifert has 52 receptions. The Cincinnati Bengals ground game is averaging 112.8 yards per contest, and Jeremy Hill leads the way with 794 yards and 11 touchdowns. Defensively, Cincy is allowing 17.4 points and 340.8 yards per game. Vincent Rey leads the Bengals with 98 tackles, Carlos Dunlap has 13.5 sacks and Dre Kirkpatrick has 16 pass deflections. Ryan Hewitt is questionable with a knee injury.

The Bengals are going to be hungry to end their brutal playoff drought and have the far better & more aggressive defense in this contest. However, I can't back McCarron over Big Ben and all of his weapons. The Steelers are going to put up points, and I have little faith that the Bengals can match. I have to side with Pittsburgh and the reasonable chalk.