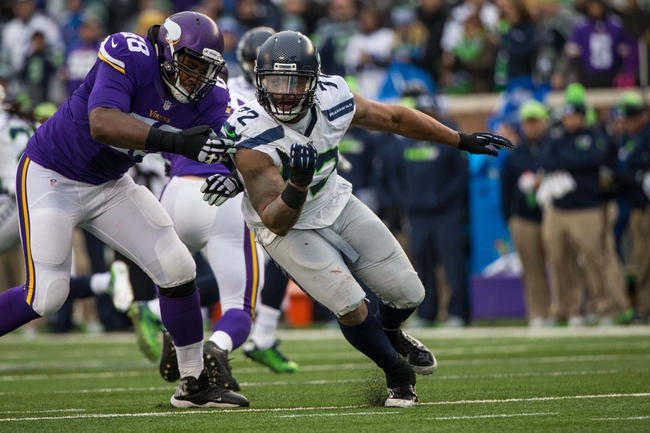 The Minnesota Vikings and the Seattle Seahawks face off on Sunday at TCF Bank Stadium in a NFL NFC Wildcard Playoff game.

The Minnesota Vikings are 11-5 this season and they won the NFC North on the final day of the regular season. The Vikings offense is averaging 22.8 points and 321.2 yards per game and they have a plus five turnover ratio. Minnesota QB Teddy Bridgewater has completed 65.3 percent of his passes with 14 touchdowns and nine interceptions. Adrian Peterson leads the Vikings rushing attack with 1,485 and 11 touchdowns and Stefon Diggs has 52 receptions and four touchdowns and Kyle Rudolph has 49 catches and five touchdowns. The Vikings defense is allowing 18.9 points and 344.2 yards per game with 13 interceptions, 43 sacks, and 11 fumble recoveries. Eric Kendricks has 92 tackles with 4.0 sacks, Andrew Sendejo has 74 tackles, and Everson Griffin has 44 tackles and 10.5 sacks. The Vikings have plenty of momentum and confidence heading into this game.

The Seattle Seahawks finished the regular season at 10-6 and were one of the hottest teams to end the season. The Seahawks offense is averaging 26.4 points and 378.6 yards per game and they have a plus seven turnover ratio. Seattle QB Russell Wilson has completed 68.1 percent of his passes with 34 touchdowns and eight interceptions and he has rushed for 553 yards. Marshawn Lynch should be back to anchor the Seahawks rushing attack after missing the last seven games while Doug Baldwin is the leading receiver with 78 catches and 14 touchdowns. The Seattle defense was the best in the NFL allowing 17.3 points and 291.8 yards per game with 14 interceptions, 37 sacks, and they have 18 fumble recoveries. K.J. Wright leads the Seahawks defense with 116 tackles, Bobby Wagner has 114 tackles, and Michael Bennett has 10 sacks. Seattle is the team that no one seems to want to face right now.

The under here looks almost too obvious but I will go in that direction anyways with my free pick. I also have a pick on the winner against the spread and I will post that in the Premium Area.

The pick in this article is the opinion of the writer, not a Sports Chat Place site consensus.
Previous Pick
NFL News: Player News and Updates for 1/11/16
Next Pick
Top Five Takeaways From the 2016 NFL Wild Card Weekend