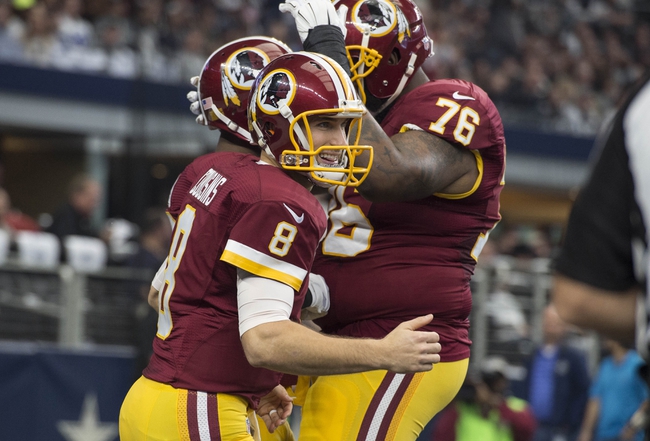 The Green Bay Packers look to make it out of the wild card spot for the fifth time in six seasons. Aaron Rodgers is completing 60.7 percent of his passes for 3,821 yards, 31 touchdowns and eight interceptions. Rodgers has three passing touchdowns in his last three games. Randall Cobb and James Jones have combined for 1,719 receiving yards and 14 touchdowns while Richard Rodgers has 58 receptions. The Green Bay Packers ground game is averaging 115.6 yards per contest, and Eddie Lacy leads the way with 758 yards and three touchdowns. Defensively, Green Bay is allowing 20.2 points and 346.7 yards per game. Ha Ha Clinton-Dix leads the Packers with 100 tackles, Julius Peppers has 10.5 sacks and Damarious Randall has 14 pass deflections. Sam Shields, Jayrone Elliott and Datone Jones are questionable.

The Washington Redskins hope for their first playoff victory since the 2005 season. Kirk Cousins is completing 69.8 percent of his passes for 4,166 yards, 29 touchdowns and 11 interceptions. Cousins has 11 touchdown passes in his last three games. Jordan Reed and Pierre Garcon have combined for 1,729 receiving yards and 17 touchdowns while Jamison Crowder has 59 receptions. The Washington Redskins ground game is averaging 97.9 yards per contest, and Alfred Morris leads the way with 751 yards and one touchdown. Defensively, Washington is allowing 23.7 points and 380.6 yards per game. Dashon Goldson leads the Redskins with 110 tackles, Ryan Kerrigan has 9.5 sacks and Bashaud Breeland has 16 pass deflections. Dashon Goldson, Jason Hatcher and Matt Jones are questionable.

I'm not sure why this line is the way it is, as the Packers haven't been the Packers for quite some time. Green Bay doesn't have any receivers who can get open and it's resulted in six losses in its last 10 games. Meanwhile, Washington has been playing incredible football at home and has a confident bunch that's eager to bring its fans a playoff victory for the first time in over a decade.

I see the Redskins winning this game rather easily.

The pick in this article is the opinion of the writer, not a Sports Chat Place site consensus.
Previous Pick
Seattle Seahawks at Minnesota Vikings 1/10/16 NFL Score, Recap, News and Notes
Next Pick
NFL News: Player News and Updates for 1/11/16