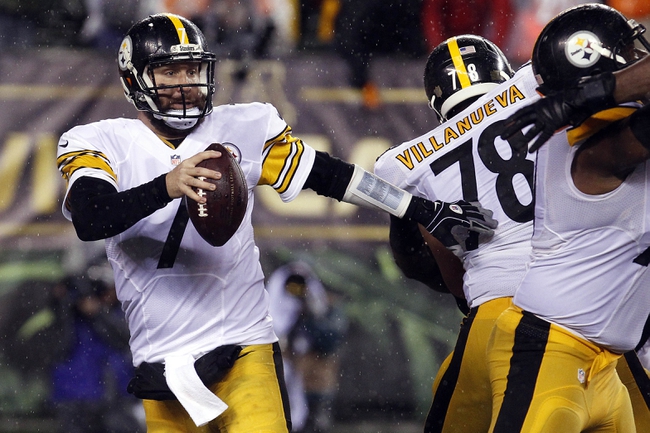 We’ve got just three days left until the Divisional Round of the NFL Playoffs, and there’s a lot to go over between now and then. Let’s start the morning out with our daily look at the headlines and see what’s going on out there in the league.

Earlier this week, things looked pretty bleak for the Chiefs’ Jeremy Maclin. The good news on him today is that the coaching staff is calling his high-ankle sprain “mild.”
The “mild” designation doesn’t sound like a high-ankle sprain, but Chiefs fans will take what they can get. This is a great sign for his potential availability against the Patriots this weekend, but we’ll have to see how he does in practice.

The Steelers sound like they’ll be missing a couple of key offensive pieces for their game against the Broncos in Denver this weekend.
Antonio Brown got some concussion tests done yesterday, and the general sentiment seems to be that he’s still got a long way to go. The team remains hopeful, however.
As for RB DeAngelo Williams, he’s probably a longshot to play this weekend as well. Williams is fighting off a foot injury and it’s not looking like he’ll be able to get over it in time.
As for QB Ben Roethlisberger, he’s struggling with that shoulder injury (torn ligaments and an AC joint sprain) and may be limited. All of this adds up to bad news against that rough Broncos defense.

Matt Hasselbeck is reportedly going to wait a couple of weeks before he decides if he’ll retire or not.
Now that he’s on the wrong side of 40, Hasselbeck isn’t a reliable backup anymore. If he does indeed return to the Colts, expect the team to make a move for a more realistic option at QB.

We still don’t have a whole lot of info on Seattle RB Marshawn Lynch. The team seems to be classifying him as day-to-day with his abdomen injury.
Lynch didn’t suffer a setback last week, but we probably won’t know his actual status until game day.

The pick in this article is the opinion of the writer, not a Sports Chat Place site consensus.
Previous Pick
Top Five Takeaways From the 2016 NFL Wild Card Weekend
Next Pick
NFL News: Player News and Updates for 1/14/16