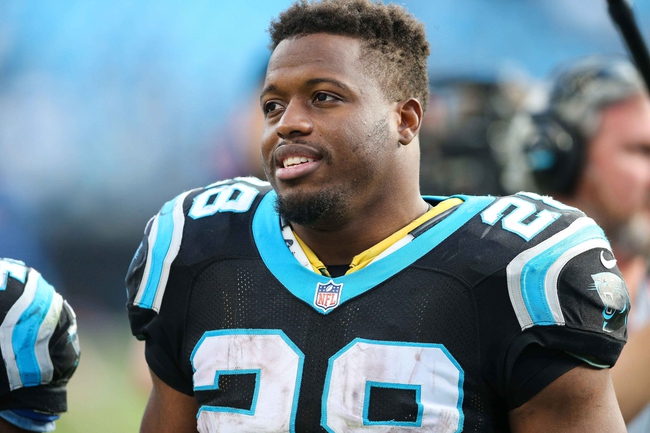 The countdown until the Divisional Round of the NFL Playoffs stands at just two days; we’ll be getting going in the late afternoon on Saturday. That said, let’s check out some of the notable players and situations out there right now in our daily wrap-up.

Let’s start out today with a couple of Seahawks injury items. The big news there is that Marshawn Lynch was able to get back to practice yesterday. He’s still considered day-to-day with his abdomen injury but that’s a good sign.
As for Luke Wilson, he’s practicing in full this week after a concussion that kept him out of the Wild Card win. He should be good to go for this weekend.

Jonathan Stewart was able to return to practice yesterday, the first time doing that since he sprained his foot back in Week 14.
Stewart should be well-rested and ready to go for this Divisional Round game, so expect him to get a heavy load.

The Browns hired Bengals OC Hue Jackson as head coach yesterday, following a front-office shakeup that shifted the power in the organization.
This is great news for a sluggish Browns offense. On a related note, it’s also expected to trigger the end of the short-lived Johnny Manziel era in Cleveland.

Jeremy Maclin was absent from Chiefs practice yesterday, which isn’t much of a surprise. He avoided a serious knee injury and is battling an ankle sprain ahead of the Divisional Round.
Maclin may be able to practice today or tomorrow; if he does, it’ll bode well for his status in a huge game against the Patriots.

Davante Adams didn’t practice yesterday either, and that’s also no surprise. He’s got a sprained MCL (suffered last weekend) and in all likelihood won’t play this weekend.

Considering RB DeAngelo Williams was back in a walking boot yesterday, it’s safe to assume he won’t be playing against the Broncos.
With Williams out, Fitzgerald Toussaint and Jordan Todman will get the RB load against that rough Broncos defense.

The pick in this article is the opinion of the writer, not a Sports Chat Place site consensus.
Previous Pick
NFL News: Player News and Updates for 1/13/16
Next Pick
Top Five Injuries That Will Impact the NFL Divisional Round