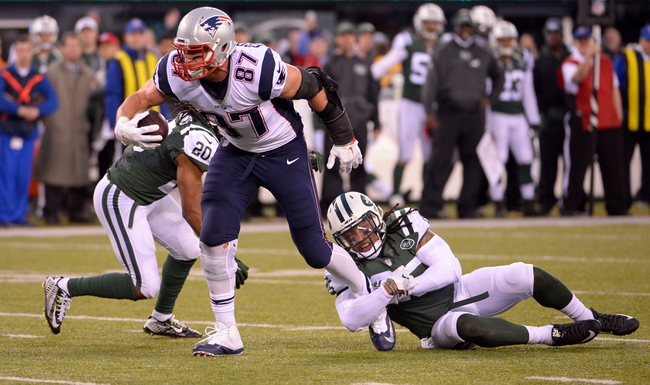 The NFL’s Divisional Round will be kicking off tomorrow, and there’s plenty to talk about between now and then. Let’s check out some of the headlines as we get ready for this weekend’s action.

The Patriots’ Rob Gronkowski reportedly received a pain injection in his knee at a local hospital in the Boston area yesterday.
It seems the team is optimistic that he’ll be able to play against the Chiefs, but he’s definitely questionable. We’ll hear more about him in the next day or so.

Now let’s check out a couple of Steelers injury items. Ben Roethlisberger was able to practice yesterday, but he was limited due to his shoulder. As of right now, it’s looking like he’ll be able to play, but we probably won’t know for sure until he steps out on the field.
As for Antonio Brown, he was out of action yesterday, which isn’t really much of a surprise. The general feeling seems to be that he’ll be out of the game this weekend.

The Giants promoted their OC Ben McAdoo to head coach yesterday, which fills one of the vacancies left around the league.
It’s looking like McAdoo will retain most of his staff, which is what led to Tom Coughlin turning down the Eagles job.

The Panthers’ Fozzy Whittaker has officially been ruled out for the Divisional Round game this weekend.
Whittaker is fighting off a high-ankle sprain. The good news for the Panthers is that Jonathan Stewart is back in the picture, so they should be just fine at RB.

The 49ers have a new head coach, and it’s former Eagles man Chip Kelly. He’ll have his work cut out for him, as the Niners are pretty devoid of talent these days.
This looks like a nice step in the right direction for San Francisco, a team that hasn’t had a whole lot of things to be happy about lately. If they can make a few moves in the off-season, we’ll see some definite improvements this upcoming year.

The pick in this article is the opinion of the writer, not a Sports Chat Place site consensus.
Previous Pick
NFL News: Player News and Updates for 1/14/16
Next Pick
Top Five Match Ups of the NFL Divisional Round 2016