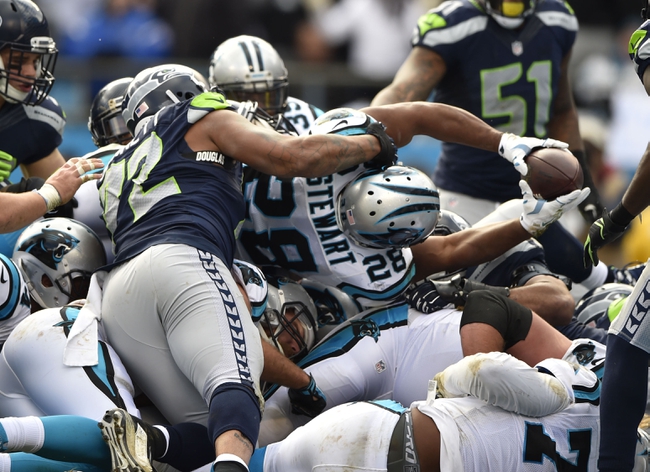 We’ve got just a few days left before the Conference Championships in the NFL, and there’s a lot to talk about before then. That said, let’s check out some of the notable players and situations out there in the league.

The Eagles have a new offensive coordinator, and it’s ex-Chargers OC Frank Reich. He took a lot of the blame for San Diego’s offensive woes, but didn’t have a whole lot to work with there.

The Steelers’ DeAngelo Williams will not need off-season surgery on his foot, which is great news for him.
Williams will need a couple more weeks recovery time, but should be good to go after that. He’ll be back at $2 million for the No. 2 RB job next year.

Jonathan Stewart didn’t practice for the Panthers yesterday, but was able to do a little work on the side.
Stewart rolled his ankle late in the Seahawks game, but should be good to go when the Cardinals come to town.

Remember Josh Gordon? The dynamic Browns wide receiver has applied for reinstatement by the NFL this week after a one-year minimum ban back on February 3.
Gordon seems to have stayed on the straight and narrow since his ban. We’ll see what the league thinks about him getting back on the field.

The Packers’ WR corps may look a lot different next year. Davante Adams was woefully inefficient this past season, and has just five touchdowns on 160 targets. Word is he’ll have to fight to even be on the roster in 2016.
As for Jeff Janis, he showed his stuff with 145 yards and a pair of scores in the Divisional Round, and should take a step up the WR ladder next season.