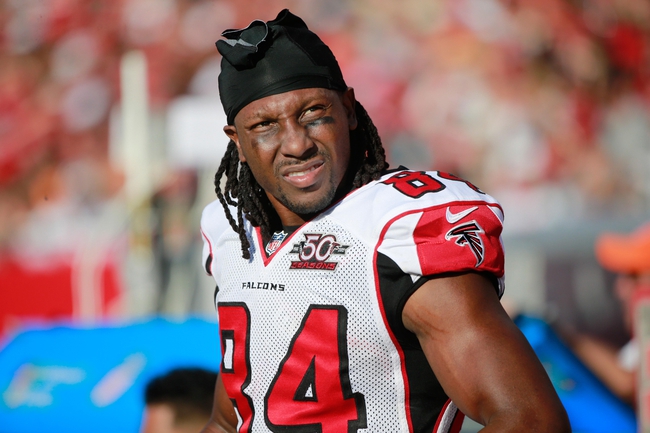 We’ve got a couple of days yet before the NFL Pro Bowl, and over a week before the Super Bowl. There’s a lot to talk about in the meantime, however, so let’s take our daily look at the headlines and see who’s in the news.

Atlanta GM Thomas Dimitroff didn’t sound too keen on keeping Roddy White during some comments he made yesterday.
Dimitroff said White is “under contract” and remarked that the team hasn’t made any final decisions on any player.
White is coming off three sketchy seasons and is due $4.25 million this year. He’s said already that he won’t take a pay cut to remain with the team, so they just may give him the boot.

Now let’s get to a couple of Steelers items. Team president Art Rooney talked a bit about Le’Veon Bell and Ben Roethlisberger yesterday, offering us some insight on their potential futures with the team.
Rooney said he hopes to lock up Bell, who is in a contract year in 2016, long-term. This comes despite the fact that he’s suffered notable injuries in each of the past three years. They could get him at a relative discount this off-season as he gets over MCL and PCL injuries.
As for Roethlisberger, Rooney says the team isn’t thinking about the next chapter after their starting QB. Injuries have gotten to Roethlisberger over the past couple of seasons, and he suffered from knee, shoulder, foot and concussion issues just in 2015. He’s almost 34 and is signed through 2019, but in the meantime Pittsburgh should really start thinking about developing a backup. Michael Vick and Landry Jones aren’t going to cut it.

In our daily Jonathan Stewart watch, the Panthers RB didn’t practice yesterday. He’s dealing with an ankle injury, but there’s pretty much no doubt that he’ll be good to go for the Super Bowl.

Sources close to the Cowboys are speculating that the team will not attempt to re-sign Greg Hardy, who is a free agent this off-season.
Hardy has been doing a good job on the field, but the team has reportedly grown weary of his off-the-field antics. If Dallas does indeed give him the boot, he shouldn’t have too much trouble catching on somewhere else.

The pick in this article is the opinion of the writer, not a Sports Chat Place site consensus.
Previous Pick
Top Five Injuries That Could Impact Super Bowl 50
Next Pick
Super Bowl 50: NFL MVP Odds, Pick, Predictions, Dark Horses - 1/29/16