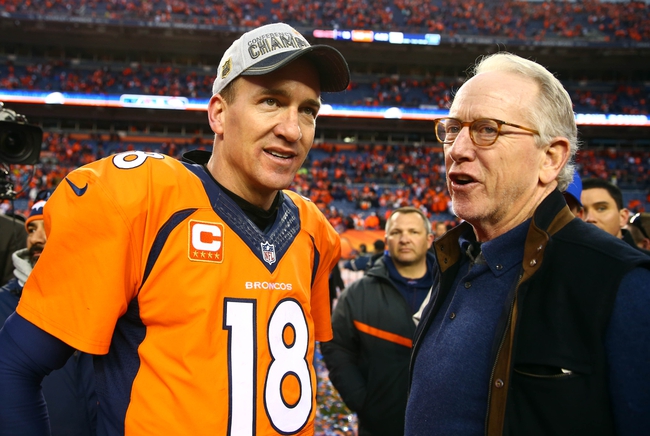 We’re about a week from Super Bowl 50 and while many are trying to decide which team to pick, there are a lot of other things to place a wager on in the big game. One of those things is who wins in the MVP. There’s usually great value on these bets, especially when some of the recent winners have been guys you least expect. Malcolm Smith? Deion Branch? Dexter Jackson?

Here are some guys you can consider when betting who wins the MVP of Super Bowl MVP.

Ted Ginn Jr. - Wide receivers have been shown some serious love in the Super Bowl, as Deion Branch, Hines Ward and Santonio Holmes have won the award since 2005. Ted Ginn Jr. is Cam Newton’s big play threat and also provides a spark on special teams. If the Panthers are going to win the Super Bowl, Ginn will have to play a big part. You can’t go wrong with odds of +4000.

Peyton Manning - If the Broncos end up pulling off the upset, you can bet Peyton Manning will probably win the MVP. Manning is easily the biggest name in the biggest game, and this is likely his last game of his Hall of Fame career, win or lose. Manning won the Super Bowl MVP in 2007 and will have to put up nice numbers if Denver is going to win this game. Whether you like the Broncos to win the Super Bowl or not, you have to like the valuable odds of Manning winning MVP at +350.

Von Miller - You can get Von Miller with odds of +2500, which packs a value punch considering he’s the heartbeat of a Denver defense that doesn’t give up anything easy. Miller was the guy who put Denver on his back last week, sacking Tom Brady 2.5 times. Miller has now at least one sack in seven of his last 10 games. If Miller can get after Cam Newton the same way he did Brady, he’ll make a case for MVP, which will provide you a nice payday.

Cam Newton - Kind of like Peyton Manning, if the Panthers are going to win the Super Bowl, Cam Newton probably wins the MVP. After all, eight of the last 12 years, the award has gone to a quarterback. Newton is sitting with odds of -140. That’s not exactly bad considering it’s nearly -200 for Carolina to win the big game outright. Simply put, if you think the Panthers win the Super Bowl, you may be better off betting Newton winning the award for a cheaper price.

C.J. Anderson - With Manning struggling, the Broncos have relied heavily on their defense and running game to get to this point. C.J. Anderson has led the way with 72 rushing yards in each of his last two games, and he had the crucial touchdown against the Steelers. Anderson averaged close to five yards per carry during the regular season and has proven he can be the sneaky difference maker. As the ultimate longshot, Anderson may deserve a look with odds of +6500.