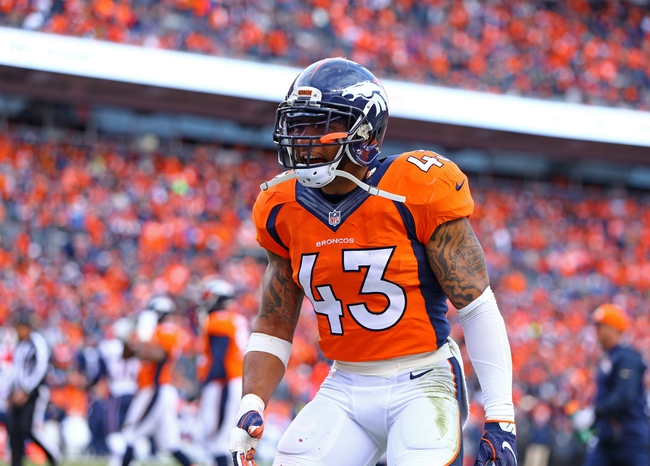 The NFL Pro Bowl is coming up today, and after that we’ve got just one more game left in the season. There’s still plenty to talk about, however, so let’s take our daily look at the headlines and see who’s in the news.

Let’s start out today with a couple of Cowboys items. Dez Bryant had his second foot surgery less than a month ago, but says he plans to be ready for the team’s OTA sessions. There’s still a chance that he could sit out, but if he does he should be fine for training camp.
Offensively, the team doesn’t expect any big changes in the way they approach their scheme, according to OC Scott Linehan. That makes sense, as Dallas was pummeled by injuries this past year and fell short mostly due to that. Expect a completely different outcome in 2016.

The Browns’ Johnny Manziel simply can’t stay out of the news--for all the wrong reasons. He and his girlfriend had an alleged altercation early Saturday morning, and the police are investigating if any criminal offenses occurred.
The league is looking into this matter. If Manziel wasn’t going to be released by the Browns before this, it could be another huge step toward it.

The Broncos’ T.J. Ward is questionable for the Super Bowl due to his ankle injury, but he says he’ll be playing in the big game.
Darian Stewart is in much the same boat with his knee--he’s questionable but says he’s going to play.
It would be surprising to see either sit out at this point.

Calvin Pace has been with the Jets since 2008, but sources close to the team don’t expect him to re-sign this year.
Pace is a free agent this off-season, but is 35 years old and the team is looking for some young blood off the edge.

The pick in this article is the opinion of the writer, not a Sports Chat Place site consensus.
Previous Pick
NFL News: Player News and Updates for 1/30/16
Next Pick
Team Rice vs. Team Irvin - 1/31/16 Pro Bowl Pick, Odds, and Prediction