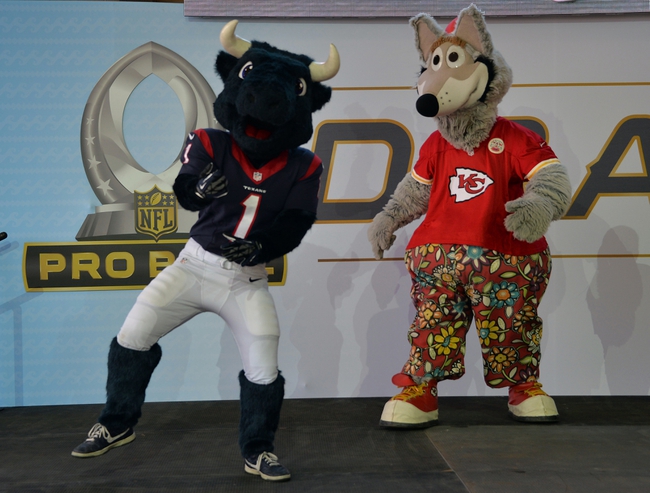 Team Rice and Team Irvin square off in the 2016 Pro Bowl Sunday night at Aloha Stadium.

Team Rice decided to go very top heavy on the offensive skill positions, as Adrian Peterson, Odell Beckham Jr., Amari Cooper and Jarvis Landry will lead the way for the talented squad. The quarterback corps for Team Rice could be stronger, but a trio of Eli Manning, Derek Carr and Tyrod Taylor is enough to get by with all of the talent around those guys. Team Rice is going to be a team that’s going to want to throw the ball almost every chance it gets with so much talent on the outside. Defensively, Team Rice includes Aaron Donald, Eric Berry, Charles Woodson and rookie stud Marcus Peters. Team Rice is 1-0 in coaching the Pro Bowl, as he beat Team Sanders in 2011.

Team Irvin has a little more trustworthy players at the quarterback position with Teddy Bridgewater, Russell Wilson and Jameis Winston holding down the fort. As for the offensive playmakers, Team Irvin will be led by Devonta Freeman, A.J. Green, Julio Jones and Todd Gurley. Team Irvin is a little more balanced offensively and should have some creative plays included in their playbook to keep the defense on its toes. Defensively, Team Irvin includes Carlos Dunlap, Richard Sherman, Adam Jones and Reshad Jones. Team Irvin is also 1-0 in the Pro Bowl, as he beat Team Carter last season.

All Star games are always tough to cap due to them being a complete crapshoot and none of the players actually caring about a victory. Team Rice is loaded at wide receiver, but I’m not sure I trust the quarterbacks that much. Team Irvin is very balanced and probably should be the favorite in this one.

When it’s all said and done however, I’m siding with Team Rice due to the offensive playmakers on the outside and the fact we’re getting two free points.

Although the best bet would be to leave this game alone.