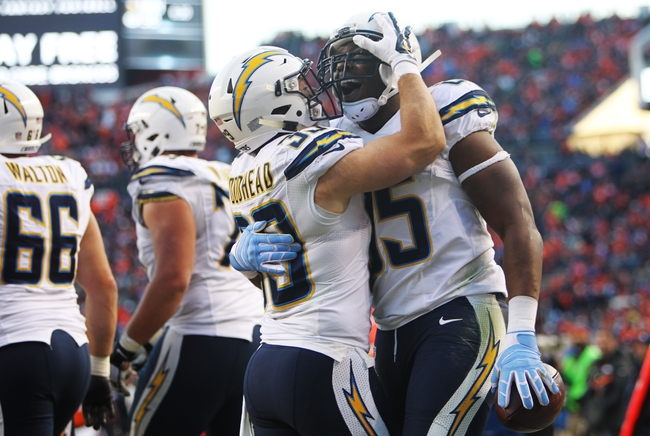 Let’s move our Super Bowl countdown clock to four days while the anticipation for the big game continues to build. There’s plenty to talk about in the meantime, so let’s visit with some of the headlines out there in our daily wrap-up.

As expected, it looks like Johnny Manziel is definitely on his way out of Cleveland. Browns executive vice president Sashi Brown made some comments yesterday that basically sealed Manziel’s fate, saying his situation would be addressed “when permitted by league rules.”
What does that mean? Well, the Browns can waive Manziel in five days, but can’t cut him without going over the cap until March 9, when the new league year begins. He’ll be gone that day.

Arian Foster is on the road to recovery from his Achilles injury. He’s been cleared for light jogging, but can’t do any cutting or explosive activity just yet.
Foster ruptured his Achilles tendon late in October and continues to work back toward 100 percent. That said, he probably won’t be in a Texans uniform after this off-season.

Sources close to the Chargers are reporting that there’s a strong feeling around the team that TE Antonio Gates will not retire this off-season.
Gates will be a free agent, but it seems both sides would like to keep him in San Diego for one more run. We’ll see how that goes.

The Dolphins have a free agent decision to make with Lamar Miller, and those covering the team give him around a “40 percent” chance of taking his talents back to South Beach.
Other sources suggest that might be a stretch. Miami needs to rework some contracts to get in a position to re-sign Miller, assuming he even wants to return. Throw in the uncertainty of a new coaching staff and there’s not a lot of optimism of retaining Miller.

Broncos QB Peyton Manning reportedly told some of his close friends that he’s going to call it quits on his career following Super Bowl 50.
Even if Denver loses, Manning will not be back for 2016 in all likelihood. He’s seen a physical decline since the latter part of last season and just doesn’t look like himself these days. He’ll be 40 next month.

The pick in this article is the opinion of the writer, not a Sports Chat Place site consensus.
Previous Pick
NFL News: Player News and Updates for 2/2/16
Next Pick
Top Ten Most Expensive Super Bowl Ads of All Time