NFL Teams With the Top Ten Most Super Bowl Appearances 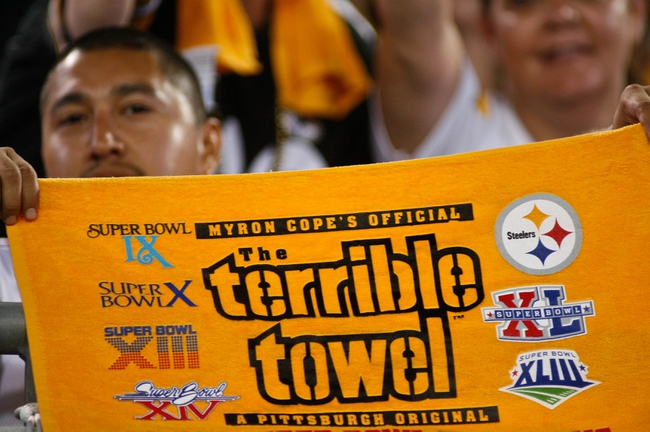 As everyone starts prepping in earnest for the big game, I thought we’d dedicate today’s top ten to the teams who have appeared in the most Super Bowls over the course of the last 50 years. Nothing wrong with a little nostalgia.

1. The Pittsburgh Steelers have appeared in a whopping eight Super Bowl games (that’s almost 20% of them, in case you’re a stats fiend). They’ve won six, which also makes them the winningest team in Super Bowl history.

2. The Dallas Cowboys also have eight Super Bowl appearances, thanks largely to their 1990s dynasty. The ‘Boys, though, have one less win than the Steel City, but maybe Johnny Manziel can get them there…I kid, I kid.

3. The New England Patriots (read: Tom Brady and Bill Belichick primarily) have also appeared in eight Super Bowls, but only have a .500 record, with last year’s win finally getting them to 4-4.

4. The Denver Broncos have played in seven Super Bowl games (and will make it eight this weekend). The Broncs have only managed to take home two Lombardi trophies, though. I know I’m hoping they can make it a triad on Sunday.

5. The San Francisco 49ers, who will be hosting this weekend’s big game, have played in the Super Bowl on six different occasions, impressively losing just once.

7. The Green Bay Packers have also appeared in five Super Bowls and won four. If you missed the re-airing of Super Bowl I, here’s a spoiler alert for you: the Pack got that win and started it all.

8. The Washington Redskins have played in five Super Bowl games, with a 3-2 record. Unless the ‘Skins can keep from getting blown out in the playoffs, though, it might be years before they make it back to a championship contest.

9. The Oakland Raiders (including their time in Los Angeles) also have five Super Bowl appearances with three wins. I’m guessing it’ll be a little while before they return to the big stage, especially with Charles Woodson gone. No pressure D.

10. The Miami Dolphins have a 2-3 record in their five Super Bowl appearances. Not to rub it in, but Dan Marino wasn’t one of the quarterbacks to get those two wins…

The pick in this article is the opinion of the writer, not a Sports Chat Place site consensus.
Previous Pick
Top Ten Most Expensive Super Bowl Ads of All Time
Next Pick
Universities With the Top Ten Most Super Bowl Appearances