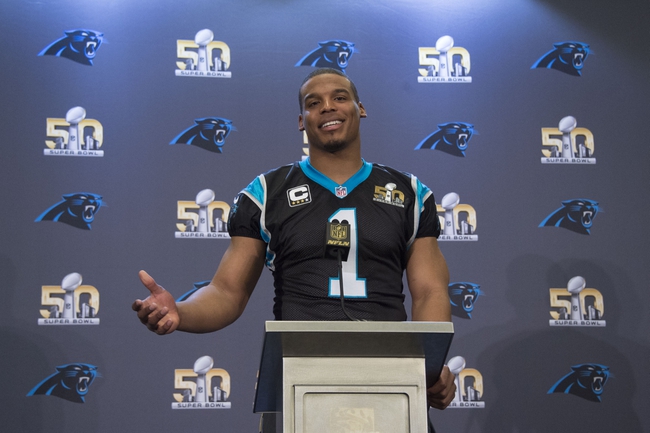 The big day is finally upon us. After Super Bowl 50 today, the NFL will begin the long, slow crawl toward the 2016 season. We’ve got plenty to look forward to and talk about in the meantime, however, so let’s visit with some of the notable headlines out there. Here’s the latest.

Matt Forte in a Patriots uniform? It’s certainly possible. The team is reportedly going to look into signing him this off-season.
Forte will be a free agent, and would mark a huge upgrade from what New England has. The Pats are expected to be potential buyers on any of the top RB free agents this year, but Forte is the top prize out there.

Let’s check out the members of the 2016 NFL Hall of Fame class. This year’s batch of inductees is headed by Brett Favre, who obviously made it in during his first year of eligibility. He’s the proud owner of a slew of records, including most starts (298), most completions (6,300), and most career wins (tied with Peyton Manning; 186).
Alongside Favre in this year’s induction ceremony will be Marvin Harriron, Orlando Pace, Kevin Greene, Tony Dungy, Dick Stanfel, Ken Stabler and Eddie DeBartolo.
A few notable names didn’t make it in this time, including Terrell Owens, Kurt Warner, Terrell Davis and Steve Atwater. We’d assume they’ll get in within the next couple of years.

Now let’s visit a few of the notable year-end award recipients. The Panthers had a couple of names called, with Cam Newton winning MVP and Ron Rivera getting Coach of the Year.
Newton was no surprise; he tossed for 3,837 yards and rushed for 636 more, accounting for 45 overall touchdowns. He got 48 first-place votes, and also won Offensive Player of the Year.
As for Rivera, he was selected far ahead of second-place finisher Andy Reid. Rivera led the team to a 15-1 mark this year and presided over an utterly dominating defense.

J.J. Watt got Defensive Player of the Year honors. It’s the third time he’s won that award in the past four years. He led the league with 17.5 sacks and 29 tackles for loss.
Watt and former Giant Lawrence Taylor are the league’s only three-time DPOY winners.

The pick in this article is the opinion of the writer, not a Sports Chat Place site consensus.
Previous Pick
Universities With the Top Ten Most Super Bowl Appearances
Next Pick
Panthers vs. Broncos - 2/7/16 Super Bowl 50 Pick, Odds, and Prediction