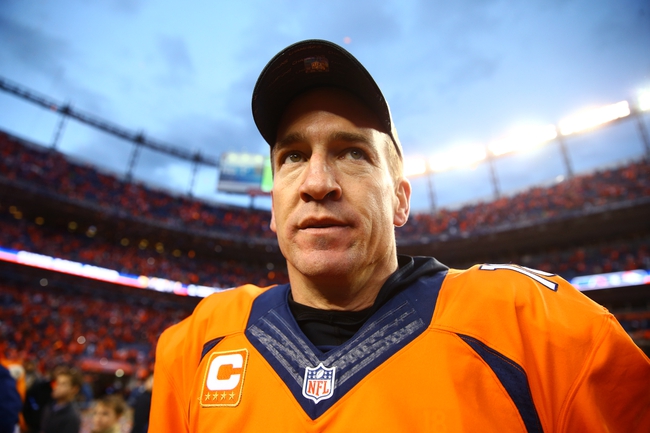 The Carolina Panthers and Denver Broncos square off Sunday afternoon in Super Bowl 50 at Levi's Stadium.

The Carolina Panthers look for their first championship crown in franchise history. Cam Newton is completing 70 percent of his passes for 496 yards, three touchdowns and one interception. Newton has five touchdown passes in his last three games. Greg Olsen and Corey Brown have combined for 225 receiving yards and two touchdowns while Ted Ginn Jr. has two receptions. The Carolina Panthers ground game is averaging 148 yards per contest, and Jonathan Stewart leads the way with 189 yards and two touchdowns. Defensively, Carolina is allowing 19.5 points and 345 yards per game. Luke Kuechly leads the Panthers with 19 tackles, Kawann Short has two sacks and Robert McClain has three pass deflections. Roman Harper, Jared Allen and Thomas Davis are questionable.

The Denver Broncos look for their first Super Bowl title since the 1998 season. Peyton Manning is completing 55.1 percent of his passes for 398 yards, two touchdowns and zero interceptions. Manning has four touchdown passes in his last six games. Emmanuel Sanders and Demaryius Thomas have combined for 199 receiving yards while Owen Daniels has two touchdown receptions. The Denver Broncos ground game is averaging 104 yards per contest, and C.J. Anderson leads the way with 144 yards and one touchdown. Defensively, Denver is allowing 17 points and 366 yards per game. Danny Trevathan leads the Broncos with 14 tackles, Von Miller has 2.5 sacks and Aqib Talib has four pass deflections. T.J. Ward and Darian Stewart are questionable.

I've gone back and forth on which side to take, but I've mostly leaned towards the Broncos and the points. Denver's defense is probably the best in the NFL and should be able to slow down Cam and company just enough to keep this game close. I also like the experience and rest factor surrounding Peyton, as an extra week to prepare and what not should help the old guy. I think Denver has a shot to win outright, but I like the value of the points just in case. This should be a close game thanks to two of the better defenses in the league.

See you next season!