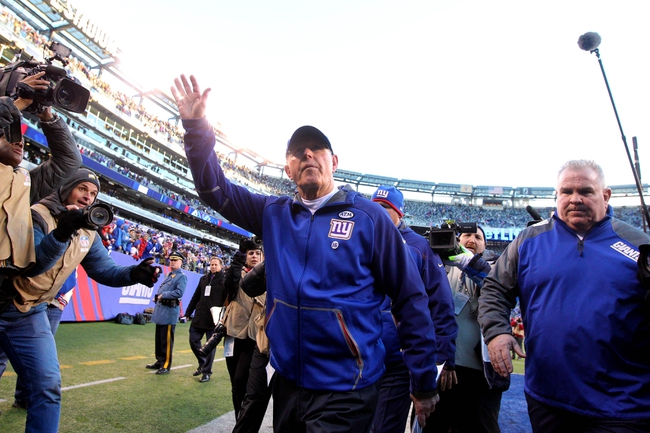 Which 2016 NFL Coaching Changes Do I Need to Know?

The coaching changes that take place during the first week of the NFL postseason are always a bit of a whirlwind, especially if you’re trying to follow the playoffs closely. If you haven’t had a chance to really dissect the coaching moves that have been made so far during this offseason, you can thank me later. Below, you’ll find the top five biggest coaching moves of 2016. You might even get a bonus because I couldn’t decide between two changes.

With the woes the Giants have faced the past few seasons, this shouldn’t come as a major surprise to anyone, especially with Coughlin's age. Sad as I am to see a sideline fixture like Coughlin go, I like this move overall. McAdoo is familiar with the team, has a good relationship with Eli Manning and the offense, and has experience with the powers-that-be in the Giants front office.

Rumors abound that the Adams family is looking to put the Titans on the market sooner rather than later. The coaching decisions the team made this year certainly point to that as a possibility. Rather than paying big bucks to bring-in a new head coach, the front office simply decided to remove the “interim” from Mularkey's title. All this after they fired Whisenhunt after just four games with Marcus Mariota at QB. Shades of Cleveland, people.

Jackson was one of, if not the, most sought-after head coaching candidate available in 2016. Losing him is a blow to the Bengals, but a huge asset to the Browns. The problem here is that the Browns are still the Browns. If history holds (as it basically did for Pettine), Jackson might only get a year to prove himself, with precious little to work with, especially on the offensive side of the ball. That QB situation is still a debacle, folks.

After a challenging 2015 in Philly, Kelly admitted that taking over personnel duties may not have been the wisest choice. Hopefully he learns from his mistakes as he takes over in the Bay area. The team is coming-off of a disastrous season under Tomsula, so it would seem that the only way is up. If Kelly can manage to get his hands on a true franchise QB (it certainly doesn’t have to be Kaepernick), his high-flying style of offense may just work.

Pederson was officially hired after the Chiefs were eliminated from playoff contention, returning to Philly where he once worked under Andy Reid. Although Pederson is a first-time head coach, he has a good understanding of the game and is inheriting an Eagles team that doesn’t lack talent. Certainly things should be calmer and more focused, at any rate, than they were under Kelly’s almost tyrannical reign this year.

37-year-old Gase became the youngest head coach in the league when he signed on the dotted line with the Dolphins this offseason. Prior to last year’s stint in Chicago, Gase had worked with Peyton Manning in Denver for two seasons. That’s not a bad resume. Although I would have liked to see Campbell given a chance, I think Gase has the ability to hone Ryan Tannehill’s skills, which can be shaky.

The pick in this article is the opinion of the writer, not a Sports Chat Place site consensus.
Previous Pick
Top Ten 2016 NFL Free Agents
Next Pick
NFL News: Player News and Updates for 2/14/16