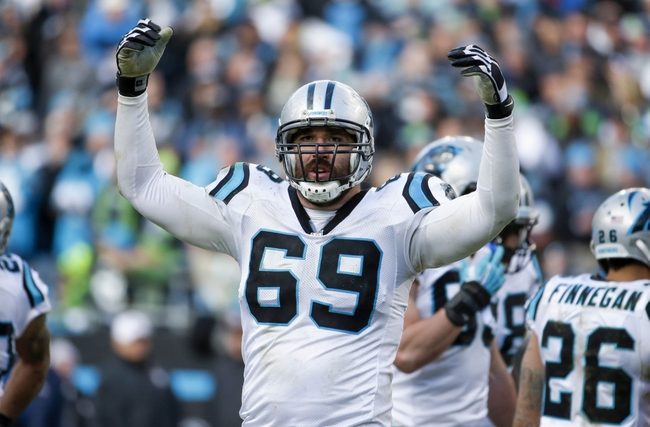 The NFL off-season continues to chug along, and there’s plenty of franchise tag and free agency talk out there right now. Let’s check out some of the key players in the news during our daily wrap-up.

The Lions’ DeAndre Levy is reportedly on pace to be ready by the team’s training camp this off-season.
Levy played just 17 snaps in Week 5 after injuring his hip late in camp last year. He had surgery in October. Detroit definitely needs him on the field, for production and for pocketbook. He inked a four-year extension worth $33.7 million last summer.

The Jags re-signed QB Chad Henne yesterday, giving him a two-year deal worth $8 million.
The deal includes some incentives and provides an insurance policy for the Jaguars. Henne is a pretty competent backup in a league generally devoid of consistent QB talent.

Panthers DL Jared Allen has called it quits on a pretty great career. He played 12 seasons in the league.
Allen posted 136 career sacks and was a First-Team All-Pro four times. He had a whopping 22 sacks in 2011 alone, which is the second-highest yearly total in history. He’s ninth on the all-time sack list and should be an easy Hall-of-Famer.

It seems a bit odd that it’s taken this long, but the Lions say WR Calvin Johnson has yet to decide if he’s going to retire or not.
We’ve heard from pretty much every source that Johnson is done, but apparently he hasn’t quite reached a decision yet. We should have an official answer quite soon.

So how much is Jets QB Ryan Fitzpatrick going to make on his new deal? Sources close to the team speculate that he’ll get around $8 million per year, with the contract lasting three years.
The Jets have some financial wrangling to do this off-season, and probably won’t want to commit to Fitzpatrick (who is 33 already) much beyond a few years. After a career year, however, he’s got quite a bit of leverage.