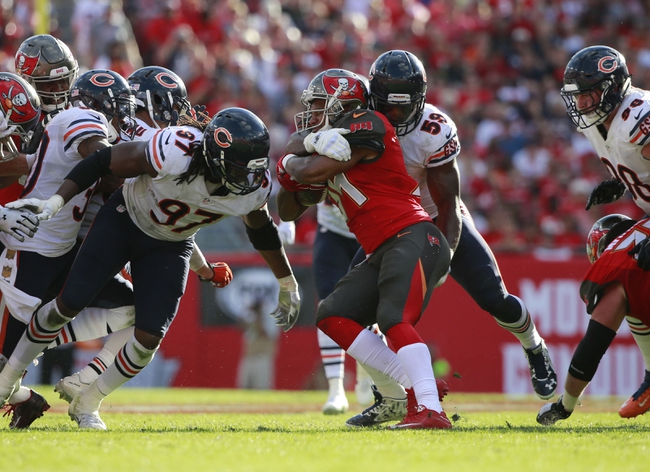 We’ve made it through another NFL off-season weekend, and today we’ll reach the franchise tag date for the league. Before we get going on all of that activity, let’s check out some of the notable players and situations out there right now.

The Cardinals are officially in talks with Tyrann Mathieu over a contract extension. The young DB is a top off-season priority for the team, and the two sides should come to an agreement in a matter of weeks.
Mathieu was playing very well before his ACL surgery, and Arizona may get him at a reduced price following the injury.

Russell Okung will be a top free agent target among tackles this season, and he’s reportedly healthy three weeks off shoulder surgery.
Okung’s procedure was just “precautionary,” so he should be a full-go for OTA activities with his new team.

The Buccaneers’ Charles Sims won’t be stepping into the No. 1 role after the departure of free agent Doug Martin.
The team reportedly views Sims as a passing-situation back, and not much else. They’ll need to fill that top void once Martin is gone.

Police in Dallas still don’t know whether or not they’ll be filing charges on Browns QB Johnny Manziel.
Johnny Football is in a lot of trouble right now, thanks to allegations he assaulted and threatened his ex-girlfriend. The police haven’t yet interviewed Manziel, so it’s likely this investigation will take a while longer. He’s obviously got a lot more to worry about than football, and needs to get his life straightened out before even thinking about getting into the NFL again.

The Dolphins’ Lamar Miller says he wants to be a feature back, wherever he happens to land in free agency.
Miller says he would like to have 20 carries per game, and also that he would love to stay with the Dolphins. Whether or not the team will be able to work that out is another matter.