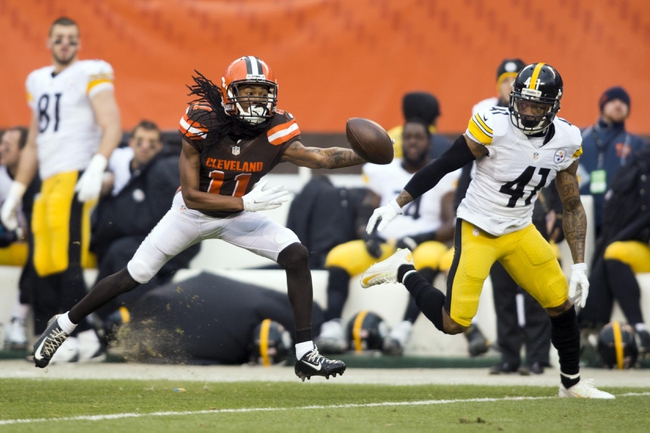 The NFL off-season churns on, and today marks the beginning of the Scouting Combine--the first big activity before the draft in late April. That said, let’s check out some of the notable players and situations out there right now.

Sources close to the Giants don’t expect the team to re-sign impending free agent WR Reuben Randle. That may not be such a bad thing.
Randle hasn’t quite been able to turn his talents into regular production, and has had several disciplinary issues with the Giants. In all likelihood he’ll hit the open market and end up earning too much money.

Let’s stay in New York for a moment and check out the Jets. First off, there’s a good chance the team will be pursuing RB Bilal Powell as opposed to RB Chris Ivory, who both are free agents.
The coaching staff loves Powell’s explosiveness and he seems to be a good fit with the offense. Ivory played well last year but is likely to cost too much. If Powell does indeed hit the market, he’ll have at least a few other suitors.
Then there’s TE Jace Amaro, who had another unremarkable season and may not even be back with the team this year. The Jets are committed to upgrading their tight end slot in the off-season, and may be players in the free agent market or draft. Their offensive system could benefit a TE with a bit of talent.

The 49ers will be meeting with QB Colin Kaepernick’s camp this week at the Combine, according to sources close to the team.
There’s no concrete word on what the two sides will be talking about, but we’d imagine the team will be trying to reduce his salary of nearly $12 million this season. Kaepernick wants out, however, and probably wouldn’t agree to that. His salary becomes fully guaranteed on the first of April.

The Browns are reportedly very close to re-signing impending free agent WR Travis Benjamin.
That will take one more free agent WR of the table this off-season, likely leaving Marvin Jones, Rishard Matthews and Anquan Boldin as the only decent targets.

The pick in this article is the opinion of the writer, not a Sports Chat Place site consensus.
Previous Pick
NFL News: Player News and Updates for 2/22/16
Next Pick
Top Ten Fastest 40-Yard Dash Times in NFL Combine History