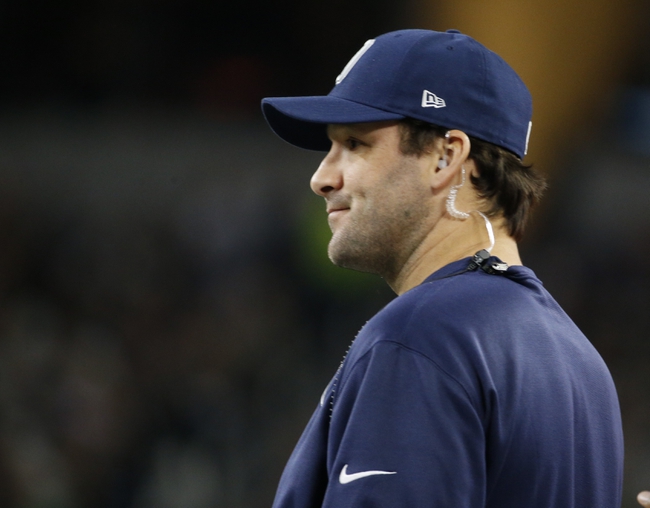 Today’s the last day of the NFL Scouting Combine, and after that’s finished up we can start looking ahead to the free agency period, which begins in one week. In the meantime, let’s check out some of the notable players and situations out there in the headlines.

This past weekend, we heard some rumors about Colin Kaepernick’s potential future destinations. The Texans and Browns were reportedly interested in acquiring the embattled quarterback, but you can throw one or both of those teams out of the mix.
Yesterday, sources close to the Browns said there was no interest right now regarding Kaepernick, which follows a similar report out of Houston.
This could be a bit of gamesmanship, however, as it’s quite possible San Francisco could end up cutting Kaepernick outright.

Yesterday, we got news that former Jets CB Antonio Cromartie will be meeting with the Bills in the near future.
If Cromartie signs with Buffalo, it would reunite him with his old coach, Rex Ryan. The team already has a couple of solid starting corners, so Cromartie could be asked to take a role a little further down the totem pole.

Let’s get to our requisite daily Tony Romo news. The latest info out of Dallas is that Romo is likely to get a plate surgically implanted into his oft-injured collarbone.
The procedure would ideally allow Romo to remain effective for years to come, and reduce the risk of re-injury. He broke that collarbone twice this season, but after a CT scan this week and surgery within the next couple of weeks, he should be recovered enough in time for OTA stuff in May/June.
In the meantime, it’s looking less and less likely that the Cowboys will draft a QB with the No. 4 pick at this year’s draft.

In other Cowboys news, the team is expecting to add another running back this off-season to go alongside Darren McFadden.
The team has options in both free agency (Doug Martin, Matt Forte, Lamar Miller) and the draft (Ezekiel Elliott, Derrick Henry). It wouldn’t be surprising to see Dallas acquire one of those notable names for the other half of their new RB tandem.