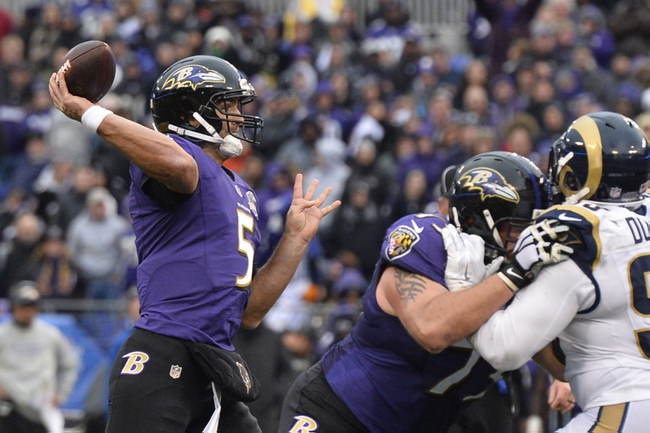 We’re cruising steadily toward the NFL’s free agency period; the negotiations can begin in just a few days. In the meantime, there’s plenty to talk about, so let’s check out today’s wrap-up.

We’ve now got an idea of what LB Bruce Irvin should get on the open market. He’s leaving Seattle for free agency.
Irvin’s new contract should earn him about $9.5 million per year, and you can expect him to head southeast to the Jags or maybe the Falcons, as he’s got coaching relationships in both spots.
Irvin has just 22 sacks in four seasons, but is a solid run-stuffer. $9.5 million sounds pretty steep to us, though.

The Ravens inked QB Joe Flacco to another extension. He earned a new three-year add-on yesterday worth $66.4 million.
The deal will include a $40 million signing bonus (!) and keeps him in Baltimore through 2021.
This contract is huge for the Ravens’ salary cap concerns, as his hits were going to be around $30 million for the next two years on that old contract.

Now let’s check out a couple of Jets items, shall we? First off, the team is losing RB Chris Ivory in free agency if the two sides don’t come to a deal. The veteran back is expected to pull in around $4 million annually on the open market, a price tag that might be too rich for Gang Green.
If New York can’t come to terms with Ivory and let him walk, sources close to the team think Redskins RB Alfred Morris would make a sensible backup plan. Morris does his best work in open space and needs zone blocking to be at his peak.

Then there’s Jets QB Ryan Fitzpatrick, who is an impending free agent as well. The team may look to Sam Bradford’s deal as a jumping-off point to try and get something signed.
Bradford is on a two-year, $36 million deal; it’s front-loaded and contains a team option for that second year.
We could see something similar when the Jets re-sign Fitzpatrick (there’s no way they’re letting him walk after last season); expect some clarity--or even an official announcement--in the next week or so.