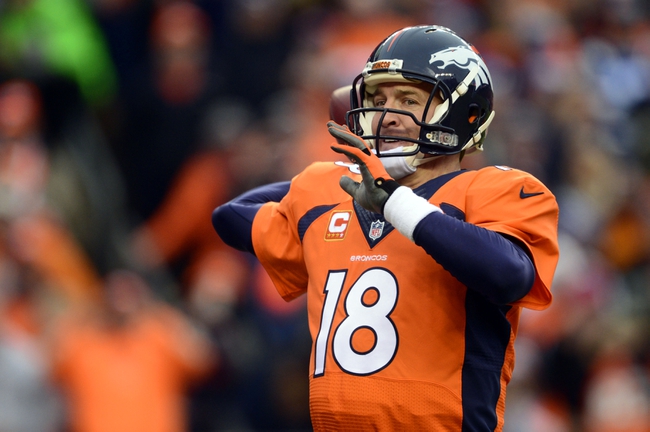 Tomorrow, teams in the NFL can begin free agent negotiations, so we’re bound to hear lots of rumors within the next week. That said, let’s visit with some of the notable players and storylines out there.

It’s been a while since we’ve checked in with the Cowboys’ Tony Romo, so let’s see what he’s doing right now.
Romo reportedly is planning on getting a Mumford procedure on his oft-ailing collarbone this week, which will supposedly lower the chances of him breaking the bone again. He’ll have a 6-8 week recovery timeline and should be fine for training camp.

The Dolphins visited with DE Mario Williams yesterday. He’s coming off a down year but would fit right in to the type of defense they’re running in Miami and is a worthwhile target.
Williams is going to get some attention from other teams as well; the Giants will reportedly pursue him also. We’ll see what kind of value he’s got when the market opens up.

Peyton Manning continues to drag his proverbial feet with this retirement decision, but the Broncos have reportedly moved on from the all-time great QB.
Denver is turning its attentions to Brock Osweiler, and didn’t even bother to give Manning a physical on Friday (which was the deadline to do so).
We’ve been saying all along that Manning is going to hang it up, but we’re surprised it’s taking him this long to make the official announcement. There is yet another report out now that says he’s going to do that tomorrow. We’ll have to wait and see, but this one does look legitimate.

The Jets have had some issues with CB Dee Milliner over the past couple of years, but sources close to the team don’t expect him to get cut.
Milliner has played in just 21 games since 2013 but carries $2.1 million in guarantees this year.

In other Jets news, the team will likely pursue free agent TE Ladarius Green. New York is really hurting for tight ends, after recording just eight catches at the position in 2015.