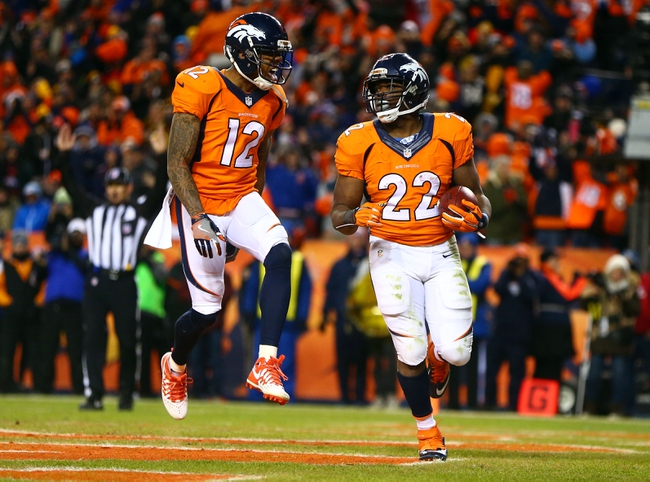 All of this free agency talk is a great distraction during the sometimes uneventful NFL off-season. With that in mind, let’s take a look at some of the notable headlines out there in the league and see what we can figure out as we head into the new league year.

The Saints re-signed kicker Kai Forbath yesterday. He was cut by the Redskins back in September, but came on as a replacement player in New Orleans.
Forbath and Josh Scobee will compete to win the kicker’s job with the Saints in 2016.

The Broncos’ C.J. Anderson is a restricted free agent, but he’s already getting looks from a handful of clubs.
The Dolphins, Patriots, Bears and 49ers are all reportedly showing some interest in Anderson, who didn’t start off 2015 that great but did manage to put up some nice numbers down the stretch.

The Titans signed QB Matt Cassel to a one-year deal yesterday. This will be his fourth team in the last three years.
This will be a No. 3 gig at best for Cassel, who ended up starting for a brief stretch for the Cowboys in 2015, but failed to do much of anything.

In other backup QB news, the Falcons signed QB Matt Schaub to a deal yesterday. He’ll be the No. 2 guy behind Matt Ryan.
Schaub is getting up there in years--he’s almost 35--but the good news here is that Falcons OC Kyle Shanahan has a history with him and can get the best out of the aging QB if need be.

The Jets dropped WR Jeremy Kerley yesterday, which surprises exactly no one. The cut will save them $1.3 million against the salary cap.
Kerley had his moments, but ultimately didn’t fit in with the new coaching staff and play style. With the WR market as shallow as a puddle during free agency, he shouldn’t have too much trouble finding work.

In other Jets news, QB Ryan Fitzpatrick and the team seem like they’re pretty far apart in salary negotiations on a new deal.
New York is likely looking to re-sign Fitzpatrick at a relatively affordable price, but after a stellar season in 2015--not to mention being the No. 1 QB in free agency--Fitzpatrick has some leverage.