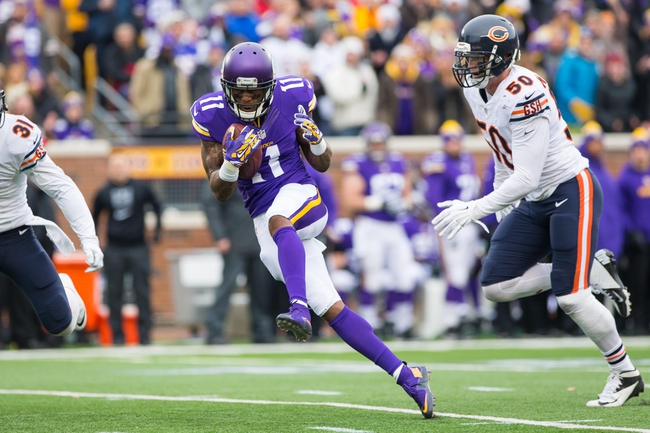 The NFL’s 2016 league year begins in just two days, and there’s a lot to cover in the meantime. Let’s check out our morning wrap-up of some of the notable headlines out there and see what’s happening across the league right now.

The Ravens will reportedly be hosting free agent WR Mike Wallace tomorrow. He’s coming off something of a down-year, but would fit in well with Baltimore.
The catch here is that the Ravens likely won’t want to spend a whole lot on Wallace, so don’t expect them to break the bank.

The Steelers’ Martavis Bryant missed out on multiple drug tests, which led to his one-year ban from the NFL.
Bryant is expected to appeal the decision, but in all likelihood won’t play in 2016. He is reportedly going to rehab, and his inner circle seems stunned by the developments. We’ll keep tabs on him as his appeal moves forward.

Free agent RB LeGarrette Blount is reportedly healthy following his hip issues. The Patriots haven’t committed to bringing him back for next year or anything just yet, but he could be in New England again.
Blount will turn 30 this year and will probably end up taking a one-year deal from whomever he signs with.

In Colin Kaepernick news, the Browns are reportedly exploring the idea of trading for him, and would be willing to send San Francisco a third-round pick in exchange.
Kaepernick would have to restructure his deal at the request of the Browns if he’s going to Cleveland. If he does indeed end up going there, we could see quite a change on draft boards this season as far as quarterbacks are concerned.

In other Niners news, the team re-signed kicker Phil Dawson to a one-year deal worth $3.14 million.
Dawson booted through 24-of-27 kicks last year, which is even more impressive when you consider his age (40). He may end up retiring at the end of 2016.