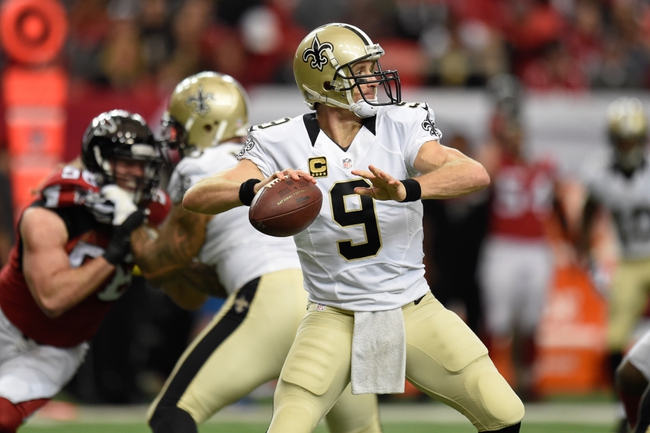 Today marks the beginning of the 2016 NFL league year, and also the official start of free agency. We’ve got lots of information and news coming our way before the league meetings begin in a few days, so let’s check in with some of the headlines to see who’s making waves out there.

It doesn’t sound like Saints QB Drew Brees’ contract talks are going too well. Team GM Mickey Loomis didn’t elaborate much this week when asked about how things were going, which leads sources close to the Saints to believe there’s been little progress.
Brees will be turning 37 this season and New Orleans is likely wanting to ease back on the salary in this extension. That said, he’s also still one of the top quarterbacks in the league and will want to be paid like one. None of this sounds like it’ll be easy.

Steelers WR Martavis Bryant has been suspended indefinitely (one year minimum), and we’ve got a little more information as to why. He reportedly failed a whopping half-dozen drug tests, with two of those being complete no-shows.
Bryant is also reportedly fighting depression and has checked into rehab. The team isn’t parting ways with him just yet, however, and they seem like they’ll be hanging onto him throughout this process--at least for now.

DL B.J. Raji will not be playing in 2016 thanks to a self-imposed hiatus. Speculation dictates that a somewhat less-than-stellar free agency experience played into Raji’s decision, but he also could be taking time off to heal up from various injures.
It’s still possible that Raji returns to football in 2017, rested, healthy and refreshed. We’ll just have to wait until then to see what he does.

The Ravens signed safety Eric Weddle to a four-year deal yesterday worth $26 million. The contract includes $13 million in guaranteed money.
Weddle is a former Charger and was reportedly being courted by no less than four teams. His exit from San Diego sounds like it didn’t go so well, but he’s off to a fresh and promising new start with the Ravens.

TE Zach Miller will be back in Chicago this year. He re-signed yesterday on a two-year deal worth $6 million.
Miller has been quite injury-prone in his career, but this is a nice value signing for the Bears.