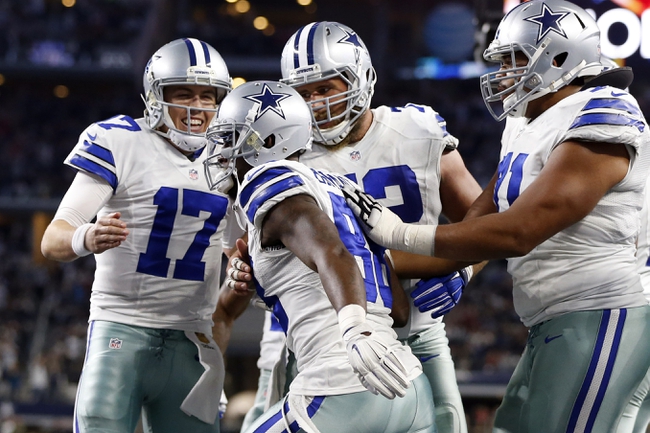 The NFL’s annual league meetings have all finished up, and now we’ve got off-season workouts coming early next month as the next landmark in the off-season schedule. Let’s check out our daily headlines and see what’s happening out there.

The Eagles inked former Giants WR Reuben Randle to a one-year deal yesterday. The contract is worth just over $1 million.
$500,000 of the money is guaranteed, and with incentives he can get over $3 million. He logged eight touchdowns last year, which was a career-high. He’ll likely slot right in as the Eagles’ No. 3 receiver.

The Jets and offensive tackle D’Brickashaw Ferguson seem to be at a standoff. He says the team hasn’t contacted him since the end of this past season, which seems pretty odd to those following the Jets.
Ferguson has made three Pro Bowls and is the clear No. 1 at the left tackle position. The team seems to want him to take a pay cut, so we could get a lot of bad blood out of this situation.

The Cowboys’ Jason Garrett talked a little bit about WR Dez Bryant yesterday, saying his recovery was going “really well.”
Bryant has gone under the knife not once but twice for his ailing foot since the end of the season, but it appears like he’s getting closer to a return. He should be back on his “feet” by the time the Cowboys’ off-season stuff comes along.

According to commissioner Roger Goodell, we’re going to be getting an update on suspended WR Josh Gordon’s status in the next week or so.
Goodell says he’ll be taking some time to review the issue very soon, and there really doesn’t seem to be any indication as far as which way he’ll go.
The good news for Gordon is that he’s seemed to stay out of trouble while he’s been suspended, which will work in his favor.